Node.js vs Golang: A comparison

Are you an entrepreneur or a senior technology leader in an enterprise undertaking a modern application development project? Obviously, you are dealing with numerous questions concerning how best to execute the project. Selecting the right technology assumes a high priority, where you have many choices! Node.js and Golang are two prominent options, and you might have wondered about which one to use.

Between Go vs Node.js, which one works best for you? Read this Node.js vs Golang comparison where we evaluate both and answer this question. 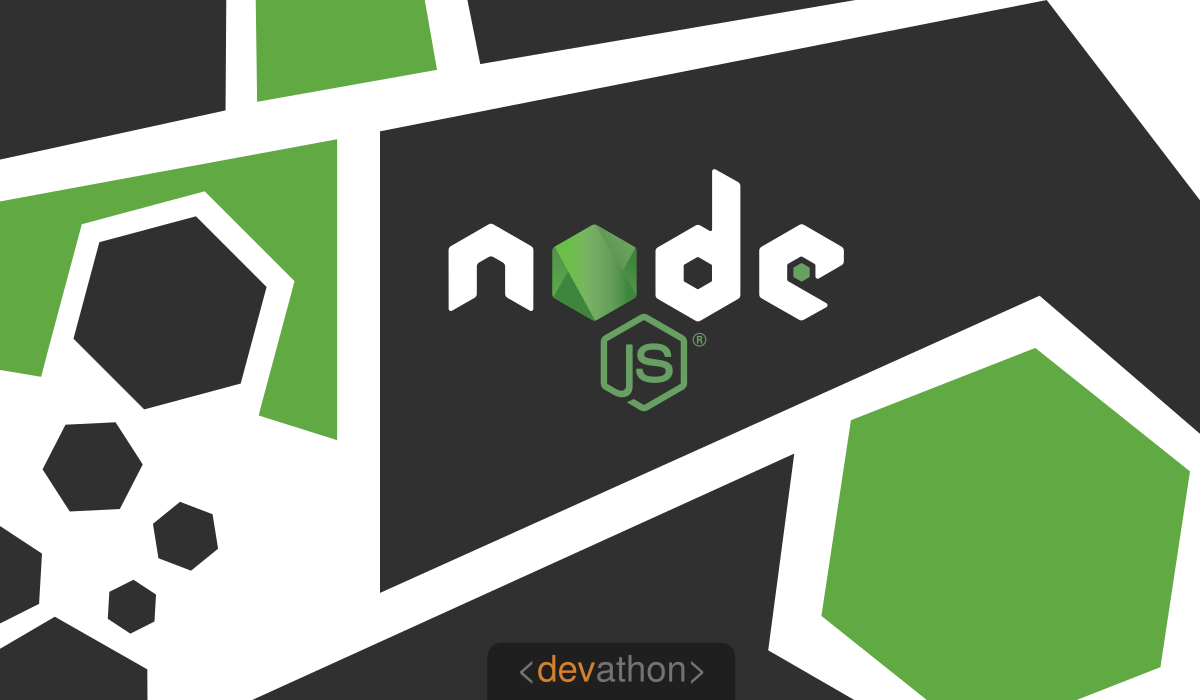 Node.js is dynamically-typed as you would expect since it’s built on JavaScript. This runtime environment helps to undertake an entire web app development project with a single programming language.

Since its first release, multiple developments took place around Node.js. At the time of writing, its last stable release is 14.4.0, which came in June 2020.

JavaScript is very popular. At the time of writing this, the TIOBE index ranks JavaScript as the 7th most popular programming language. While this does influence the popularity of Node.js, it’s not the only factor! We will shortly review the advantages of Node.js. For now, suffice it say that the Stack Overflow Developer Survey 2019 concluded that Node.js is the most popular framework.

What is Node.js used for

When you think of what is Node.js used for, creating fast network applications easily emerges as a key reason. Node.js applications can scale sufficiently well. This JavaScript-based cross-platform runtime environment helps to create server-side as well as networking applications.

If you are planning to create a real-time web application with two-way connections, then Node.js is a good choice. In this kind of application, you would need a server that doesn’t wait for an API to return data.

Node.js-based servers can meet this requirement. Since Node.js enables asynchronous programming, the Node.js APIs are non-blocking. A Node.js server will call one API, and then it will call another API instead of waiting for the results from the earlier call. Since Node.js helps in event-driven programming, the event mechanism will enable the server to get a response from the 1st API call. This event mechanism helps a Node.js to respond to requests using a non-blocking approach, which helps to create scalable apps.

Moreover, Node.js doesn’t buffer any data. This makes it a good choice for streaming applications. Node.js helps you to create fast applications, which is the result of this runtime environment being built on Chrome’s V8 JavaScript engine.

The following organizations, all leading players in their respective fields, use Node.js:

The following are some of the prominent Node.js frameworks: 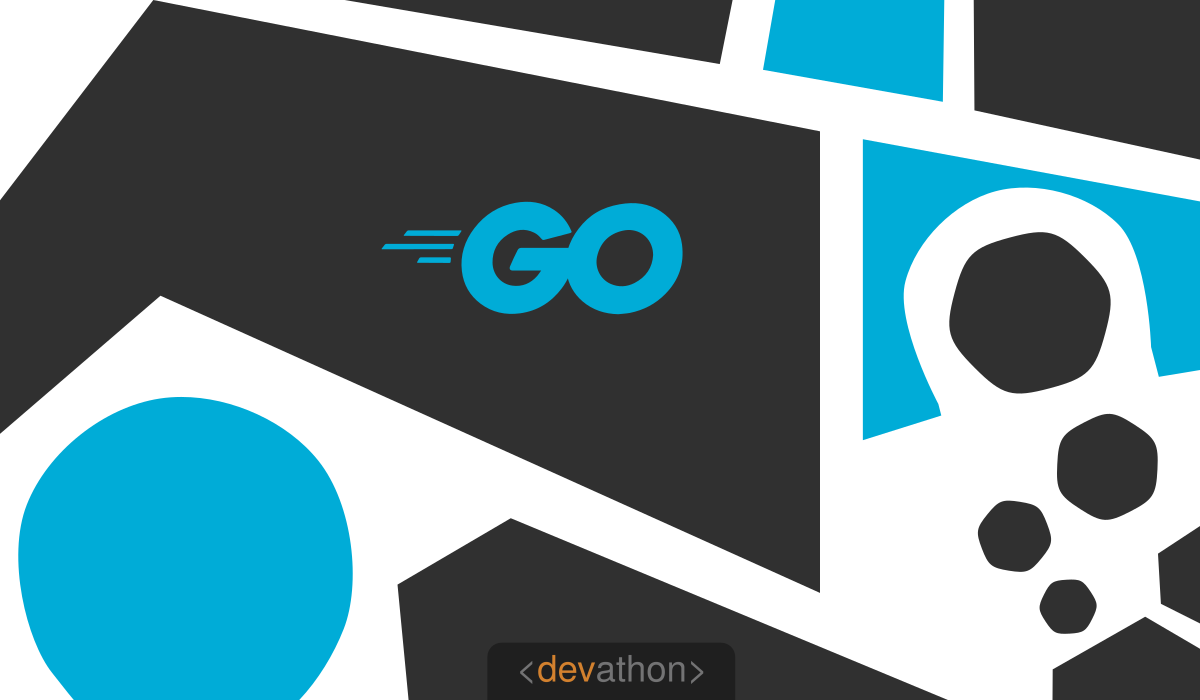 A team of software engineers at Google developed Go, and this programming language is also known as Golang. Robert Griesemer, Rob Pike, and Ken Thompson played a key part in designing this open-source programming language. This team first released Go in 2009.

The team that designed and developed Go studied the C language closely. They wanted to retain several strengths of C in the new programming language they were designing. Go features many similarities with C as far as the syntax is concerned. Golang is a statically-typed and compiled programming language.

This programming language helps developers to use memory safely. Managing objects, garbage collection, and support to concurrency are some of its other key features.

Golang has undergone plenty of enhancements, thanks to a vibrant developers’ community. At the time of writing, the latest stable release of Go is 1.14.4. This release came in June 2020.

What is Golang used for 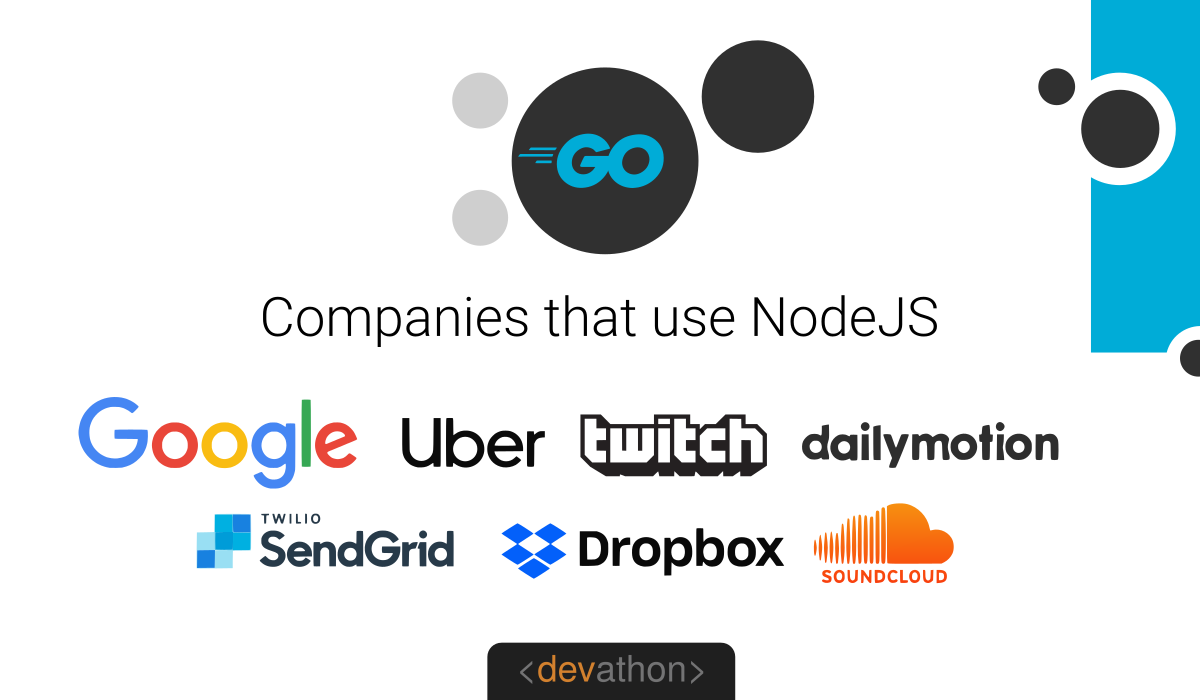 Thanks to its powerful features, you can use Go in a wide range of development projects. Performance is one of the key requirements that come to mind when you think what is Golang used for. It’s a compiled language, and the absence of an interpreter helps Go deliver robust performance. Go utilizes the processor resources of a system effectively, which is another advantage as far as performance is concerned.

Since Golang can effectively manage the allocated memory, it helps you to write reliable apps. Many organizations use Go to develop performant web apps. You can use Go to write APIs and web services. Go has proven its utility in systems programming, network programming, big data development, and machine learning development.

The following major companies use Golang:

The following are a few popular frameworks for the Go programming language:

The pros and cons of Node.js 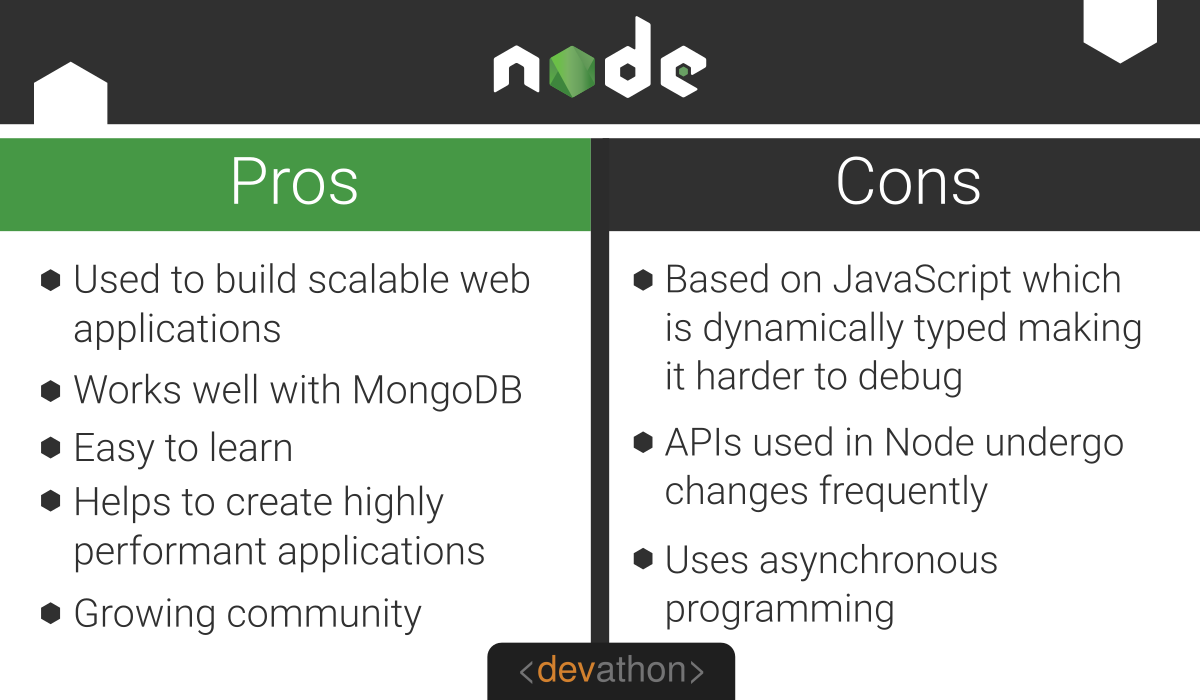 Node.js offers several advantages. These are as follows:

There are a few disadvantages of using Node.js too, which are as follows: 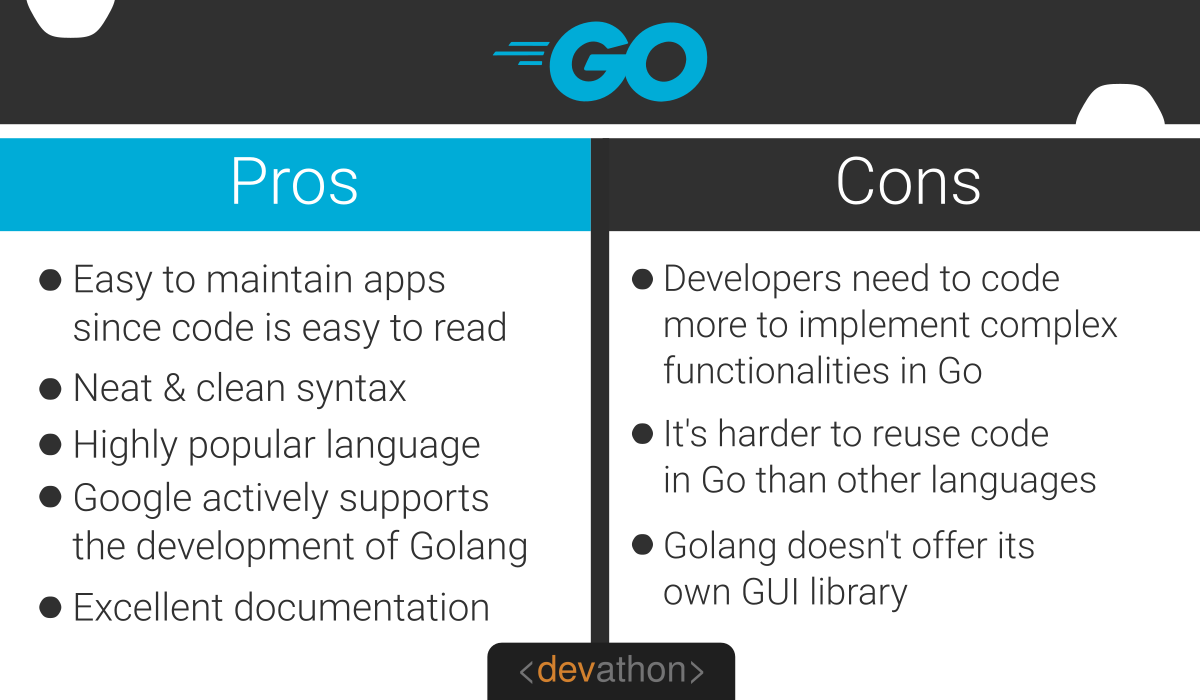 Golang provides several advantages, which are as follows:

Go has a few disadvantages too, which are as follows:

Node.js vs Golang: A comparison

We now use a few key yardsticks to compare Node.js vs Golang. The comparison is as follows:

Go vs Node.js: When to use either of them? 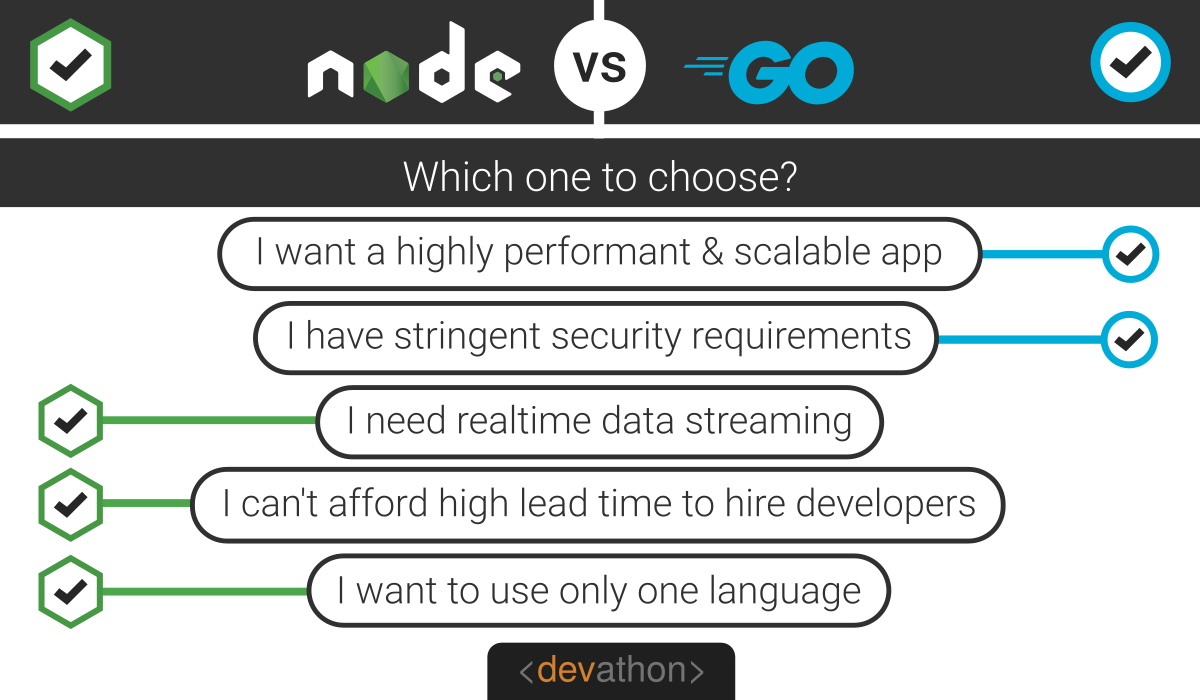 How do you decide whether to use Go vs Node.js? Use the following decision-making factors:

We have analyzed the characteristics of both Node.js and Go. Both of them have distinct advantages and few limitations. We have compared Node.js vs Golang and discussed the various scenarios where you should use one over the other. Analyze your project and business requirements carefully before you make a choice between Go vs Node.js.

GraphQL vs REST in 2021: A Detailed Comparison