When you plan to launch a web app for your business, you need to decide about the framework/library to use. You might be weighing between React vs. Angular, and wondering which JavaScript framework/library should you use in your project. In this guide, we explain the pros and cons of both, moreover, we describe the factors you should consider when choosing any one of them. 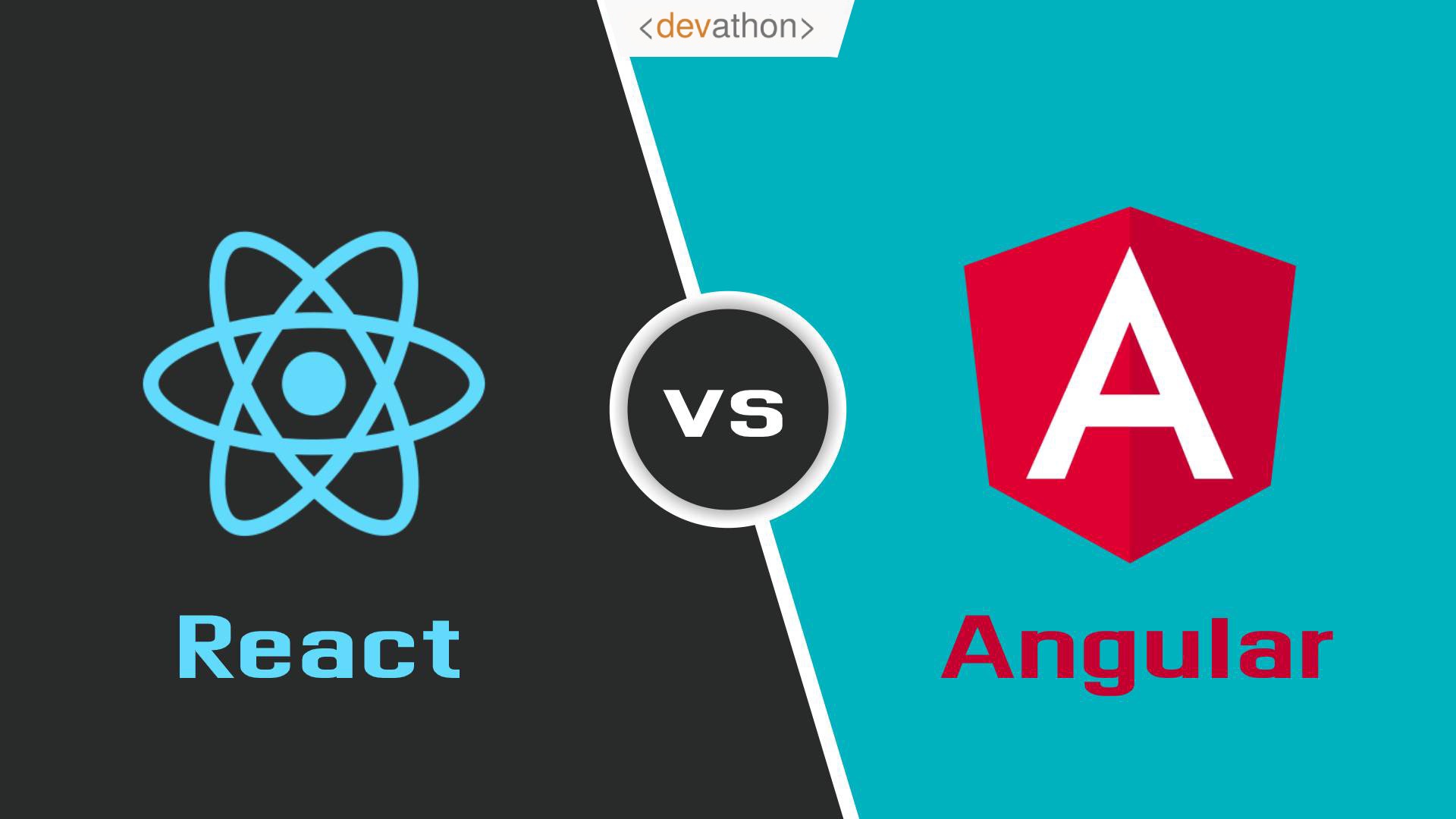 React and Angular: What are they, and why do they matter?

React, also called React.js or Reactjs, is a JavaScript library, and you can build user interfaces using it. Your development team can design simple views for each state of your application using React. React has components whose logic is written in JavaScript, and React updates and renders the right components when the data changes.

Angular is an open-source front-end framework based on TypeScript, and it was rewritten from AngularJS, the JavaScript-based web framework.

Angular uses a hierarchy of components instead of controllers, which is different from AngularJS. The use of TypeScript, i.e., a typed superset of JavaScript in Angular is another difference with AngularJS, moreover, Angular has its own UI components called Angular Material.

A brief history of React and Angular

Jordan Walke from Facebook had created React, however, it was known as FaxJS at that time. Facebook deployed it in its newsfeed in 2011, and this was implemented on Instagram in 2012. The first open-source release of React was in 2013, and a community of developers along with Facebook maintains it. In 2015, Facebook released open-source React Native for native development on Android and iOS.

Miško Hevery from Brat Tech LLC had developed AngularJS in 2009, and its first open-source release was in 2010. Google and a community of developers now maintain this framework. It’s in long-term support (LTS) mode since July 2018, i.e., barring severe issues, there will be no new release of AngularJS. Google ran a project to completely rewrite it, and they released Angular in 2016.

Businesses that use React and those that use Angular

Both React and Angular are prominent, and well-known global businesses use them.

Following are examples of reputed businesses/brands that use React: 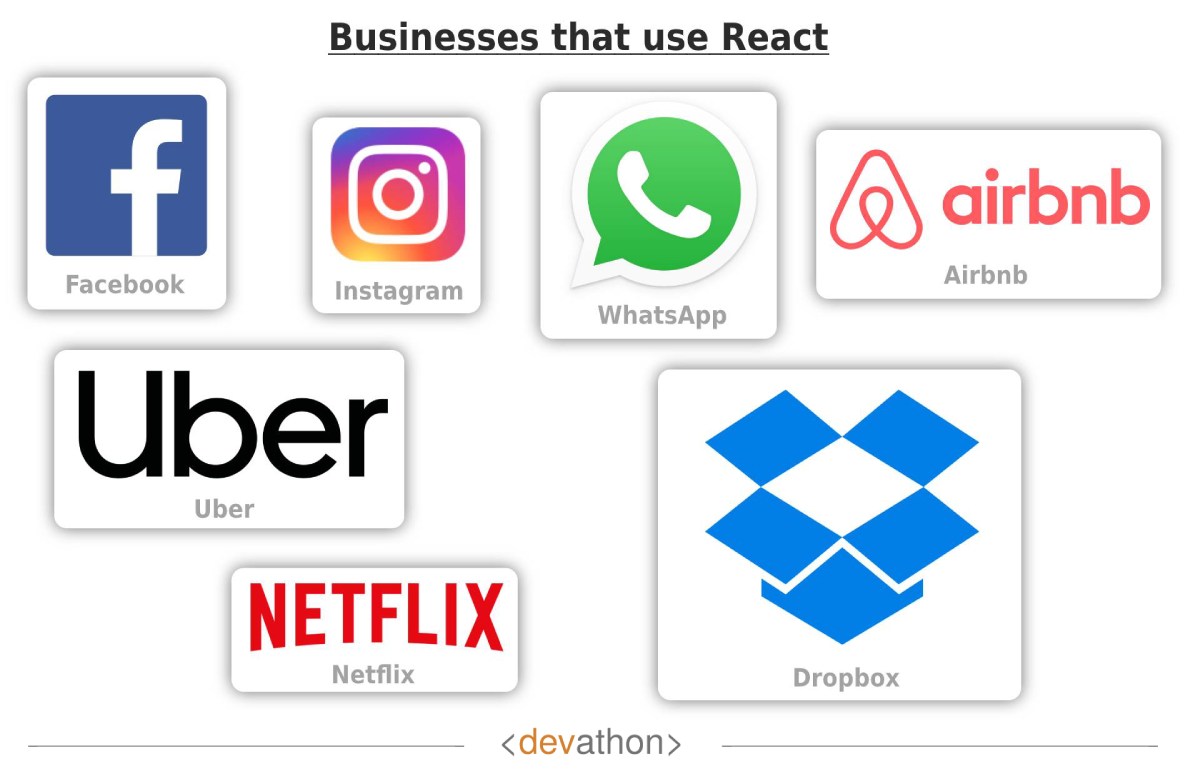 On the other hand, the following global businesses use Angular: 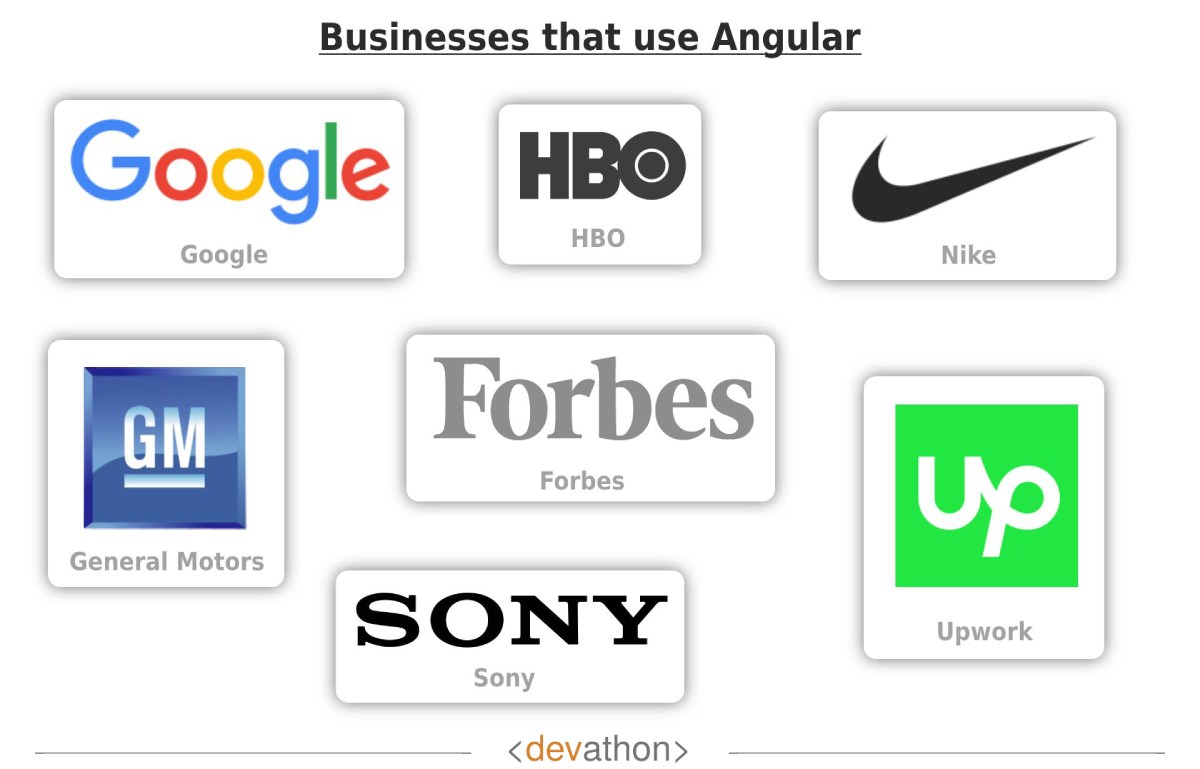 The popularity of React vs Angular

You need clarity on React vs Angular popularity since it’s a key decision-making factor for you to choose one over the other. The following information could help you in gauging the popularity of React and Angular:

Both surveys show that React and Angular have high popularity, and React is gaining more followers.

Angular vs React JS: The differences

Let us now understand the differences between Angular vs React JS, which are as follows:

The advantages of React vs those of Angular

Now that you understand the fundamental differences between Angular vs React JS, let’s review their advantages.

The benefits of React are as follows:

The advantages of Angular are as follows:

What should you consider when choosing between React vs Angular? 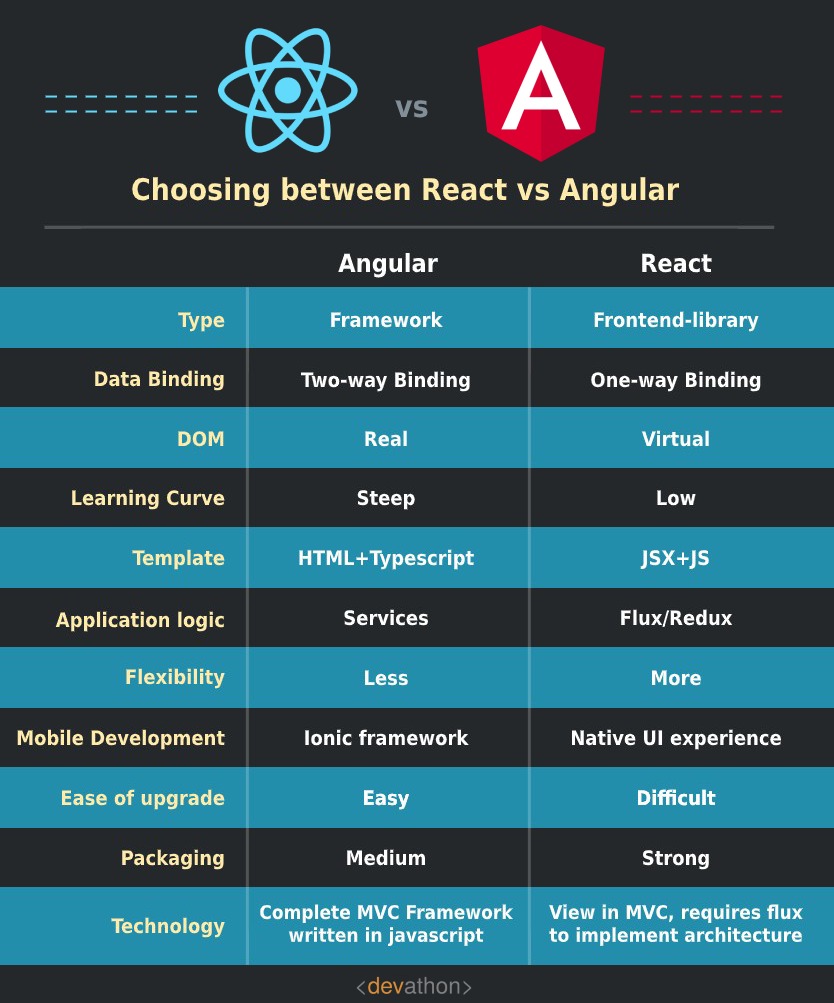 You need to consider the following factors when choosing between Angular vs React JS:

Finding developers for Angular vs finding them for React

Both React JS and Angular have high popularity, therefore, you could find it hard to hire developers for either of these two skills. The 2018 Developer Skills Report by HackerRank shows high demand for both React JS and Angular, while it also states that the demand-supply gap is very pronounced in case of React JS.

While this shows that finding React JS developers could be challenging, it’s not easy to find Angular.js developers either. Market observers report that both demand and salary for Angular developers are growing steadily.

React vs. Angular: Choosing one of two robust options

JavaScript frameworks and libraries are highly popular for web app development, and both React and Angular have high popularity. We have explained their differences and advantages, moreover, we have outlined the factors you should consider before choosing the right JavaScript framework/library.

You need to weigh between React and Angular based on your specific project requirements. For e.g., you will benefit more from using React if you are executing a large project since its one-way data-binding offers a better overview of the data. On the other hand, you will find Angular to be a better approach in a smaller project, due to its two-way data-binding.

Are you looking for Mobile/Web app Development services? Contact us at hello@devathon.com or visit our website Devathon to find out how we can breathe life into your vision with beautiful designs, quality development, and continuous testing.

NoSQL databases: MongoDB vs Cassandra vs Redis vs Memcached vs DynamoDB

How Long Does It Take To Develop An App?

Everything You Need to Know Before Building a Healthcare App