If you are undertaking a web application development project in a business organization, you are likely thinking about the technology to use. You have several choices. Elixir and Erlang, two promising languages have emerged as powerful options. Both have their strengths. What benefits each of them offer? Which one should do you use and why? Read on, as we answer all of these questions in this Elixir vs Erlang comparison. 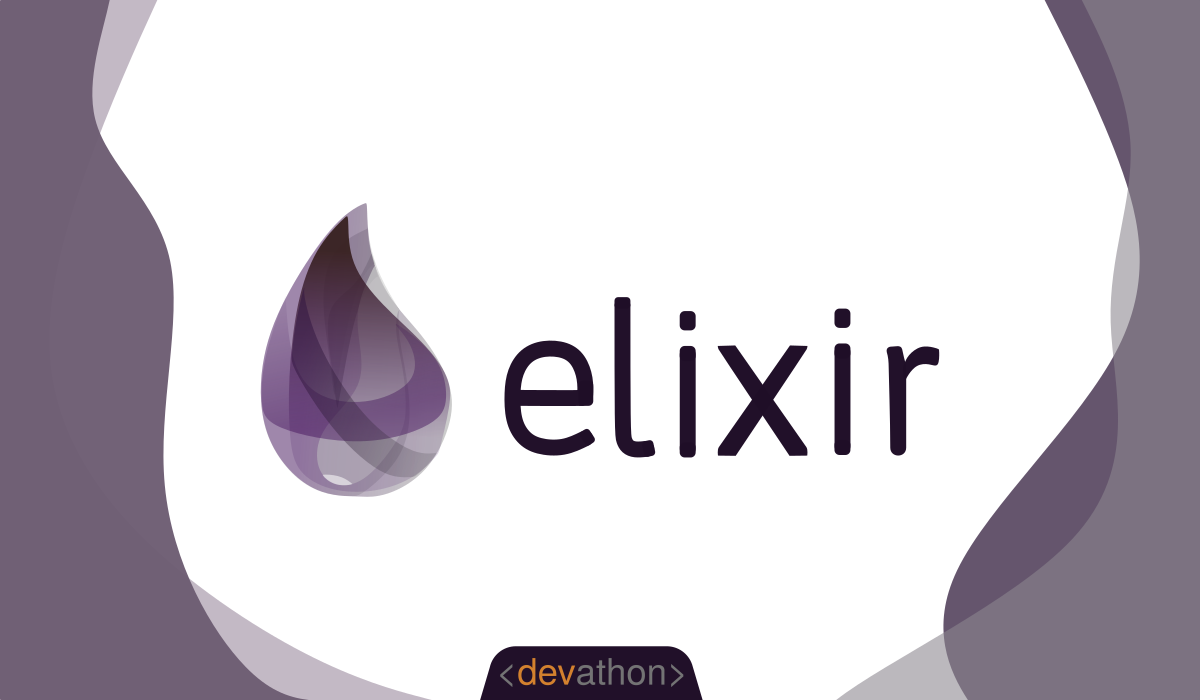 José Valim, a software engineer from Brazil had created Elixir. The language first appeared on the scene in 2011. Valim created Elixir on top of Erlang, another powerful language. In addition to including features from Erlang, Valim also included features from Ruby and Clojure.

This dynamically-typed language features several similarities with Erlang. Organizations use this language to build distributed web applications with fault tolerance. At the time of writing, the latest stable release of Elixir is 1.10.3, which came on 25th April 2020.

The following are a few companies that use Elixir:

Most developers coding in Elixir use Phoenix, a powerful framework that uses several features of Ruby on Rails. The other popular open-source frameworks for this language are as follows:

A brief introduction to Erlang 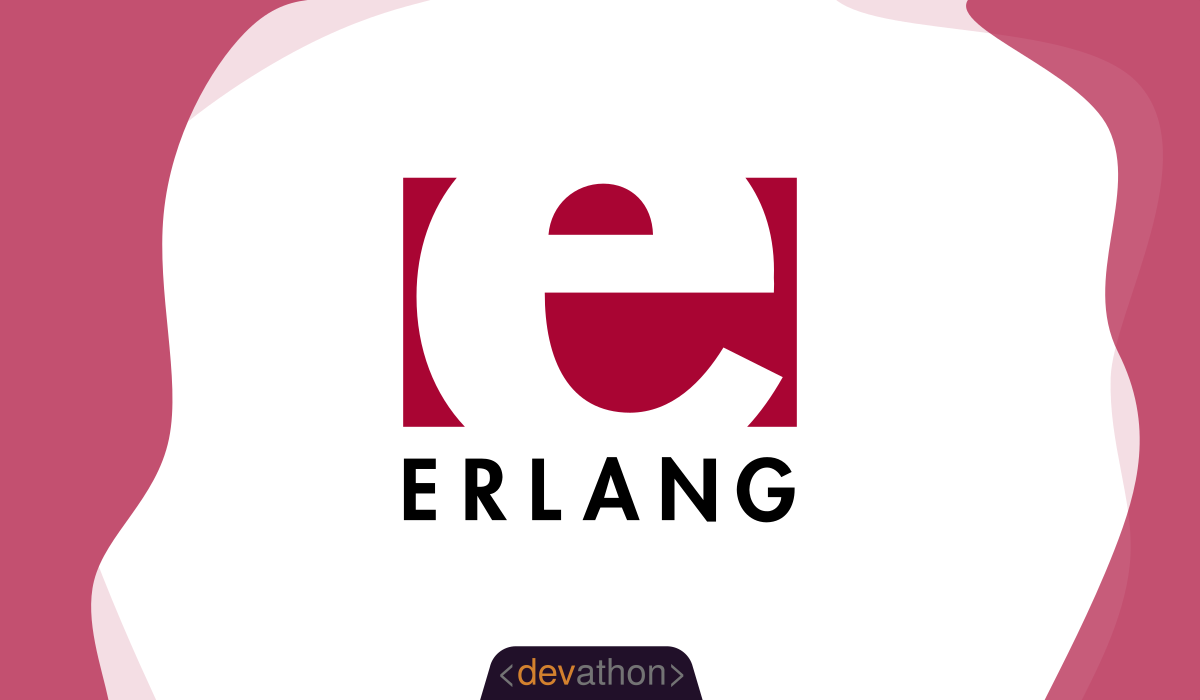 Joe Armstrong, Robert Virding, and Mike Williams created Erlang as a proprietary software of Ericsson. The first release of Erlang as a free and open-source language came in 1998. This general-purpose programming language focuses on functional programming and concurrency.

Erlang is also often referred to as Erlang/OTP, where “OTP” stands for “Open Telecom Platform”. OTP includes the garbage-collected Erlang runtime environment, many ready-to-use components, and a set of design principles.

Businesses use Erlang to build distributed web applications with fault-tolerance. Erlang helps to create systems with high availability. This language enables “Hot swapping”, which allows changing the code without stopping the system. At the time of writing, the latest stable release of Erlang is 23. This release came on 13th May 2020.

Some of the well-known companies that use Erlang are as follows:

The followings are a few popular web frameworks for Erlang:

The pros and cons of Elixir 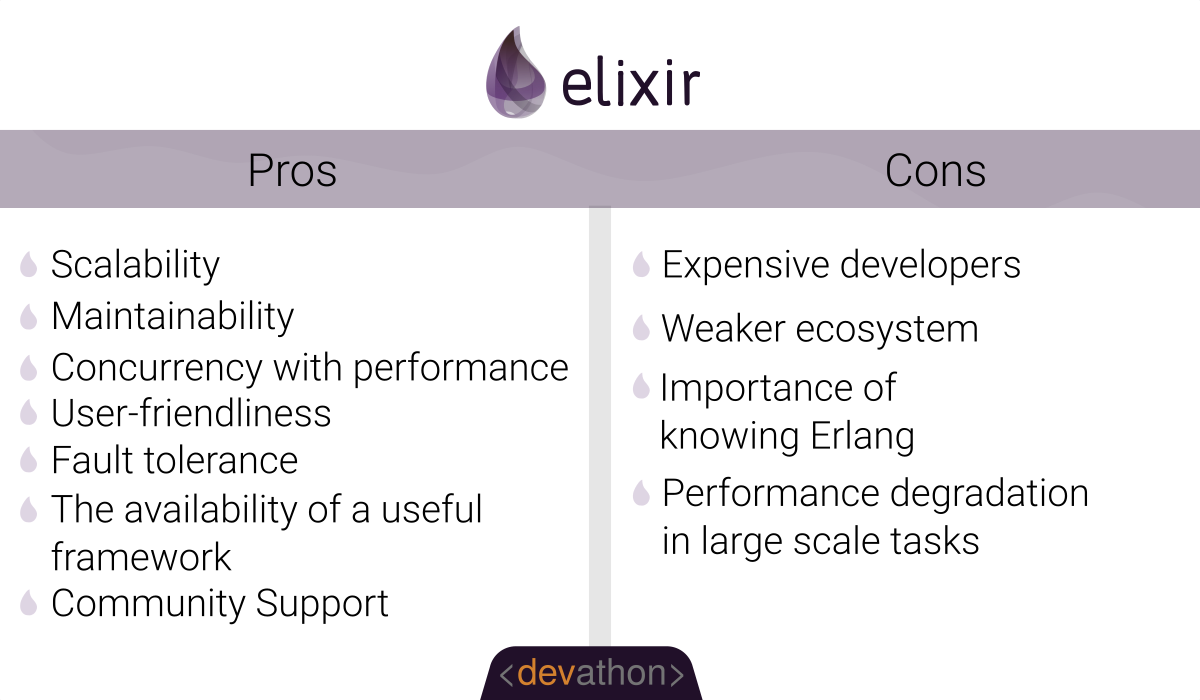 Elixir offers many advantages, and these are as follows:

There are a few disadvantages to using Elixir, and these are as follows:

The pros and cons of Erlang 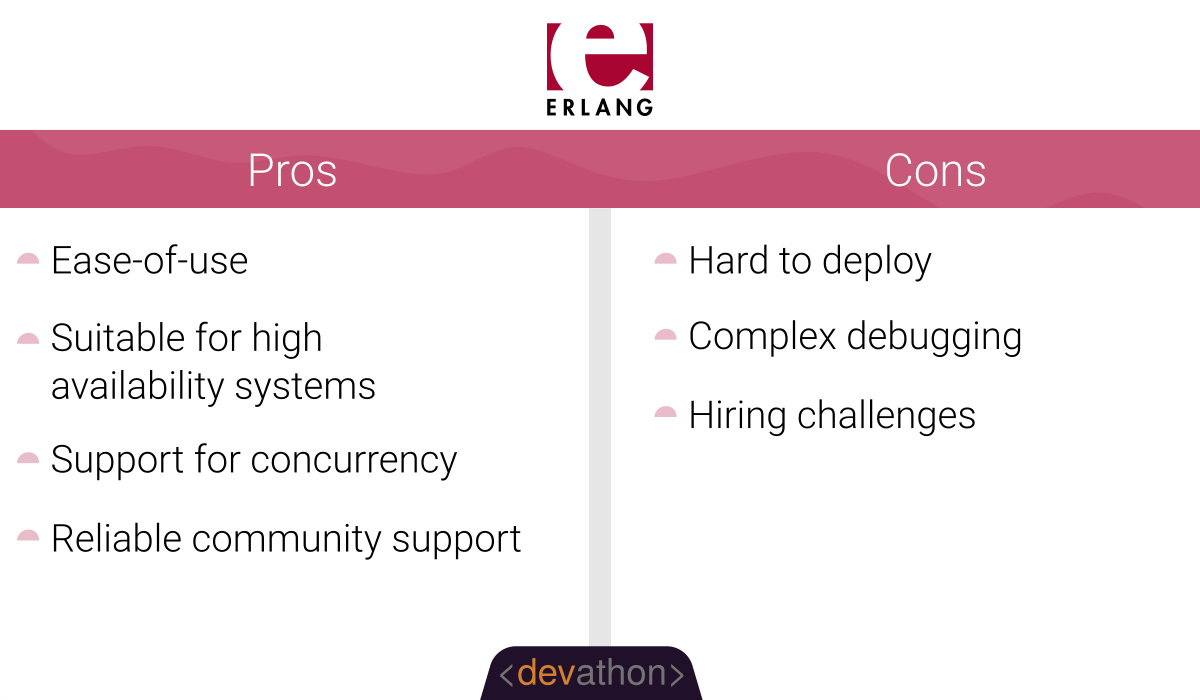 You can get several advantages if you use Erlang, and these are as follows:

Erlang has a few disadvantages too, which are as follows:

Erlang vs Elixir: What are their similarities? 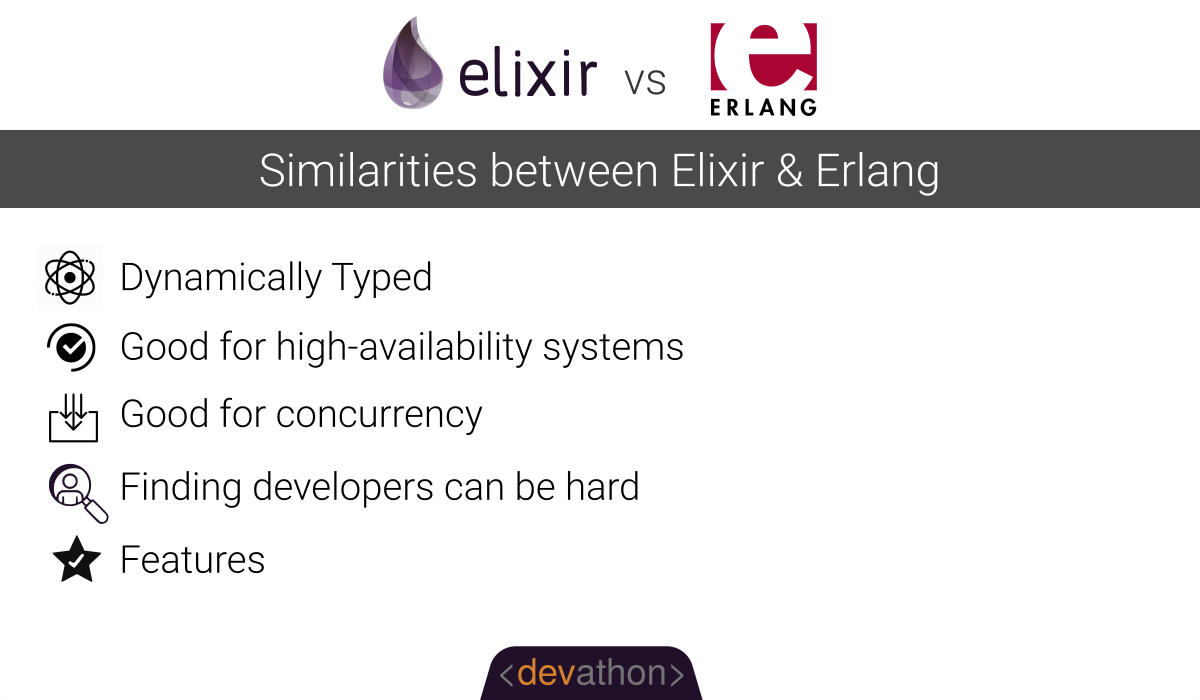 Erlang and Elixir have several similarities, and these are as follows:

Elixir vs Erlang: Their differences 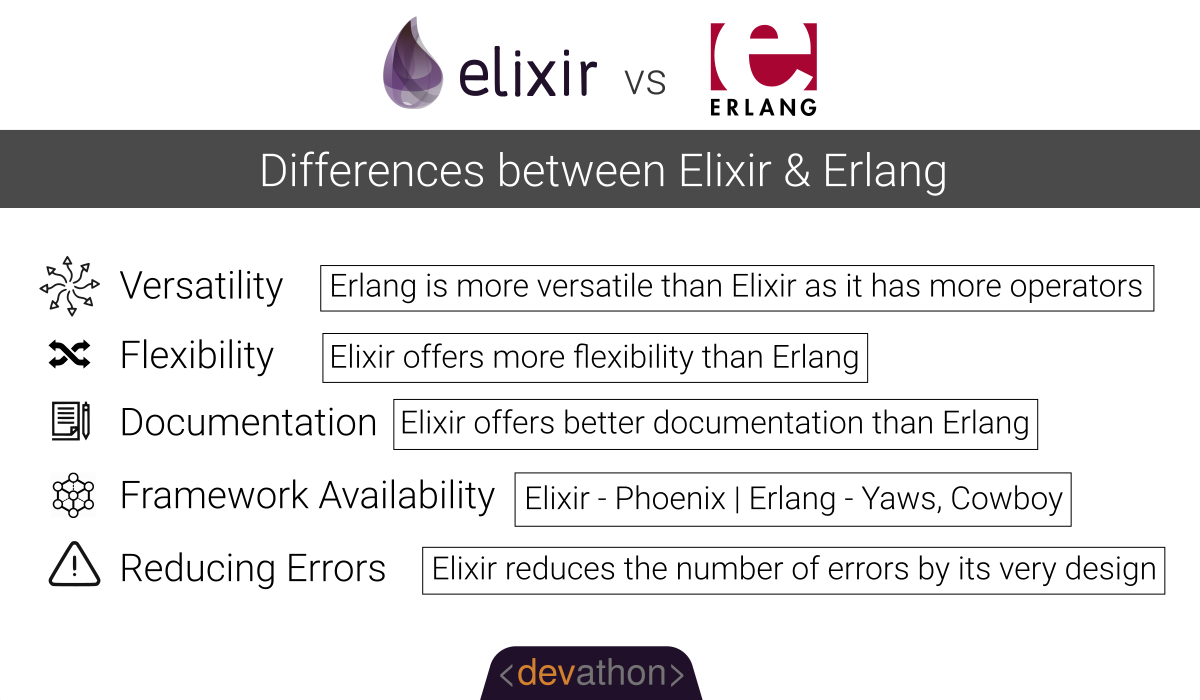 There are several differences between Elixir vs Erlang, which are as follows:

When should you use Elixir vs Erlang? 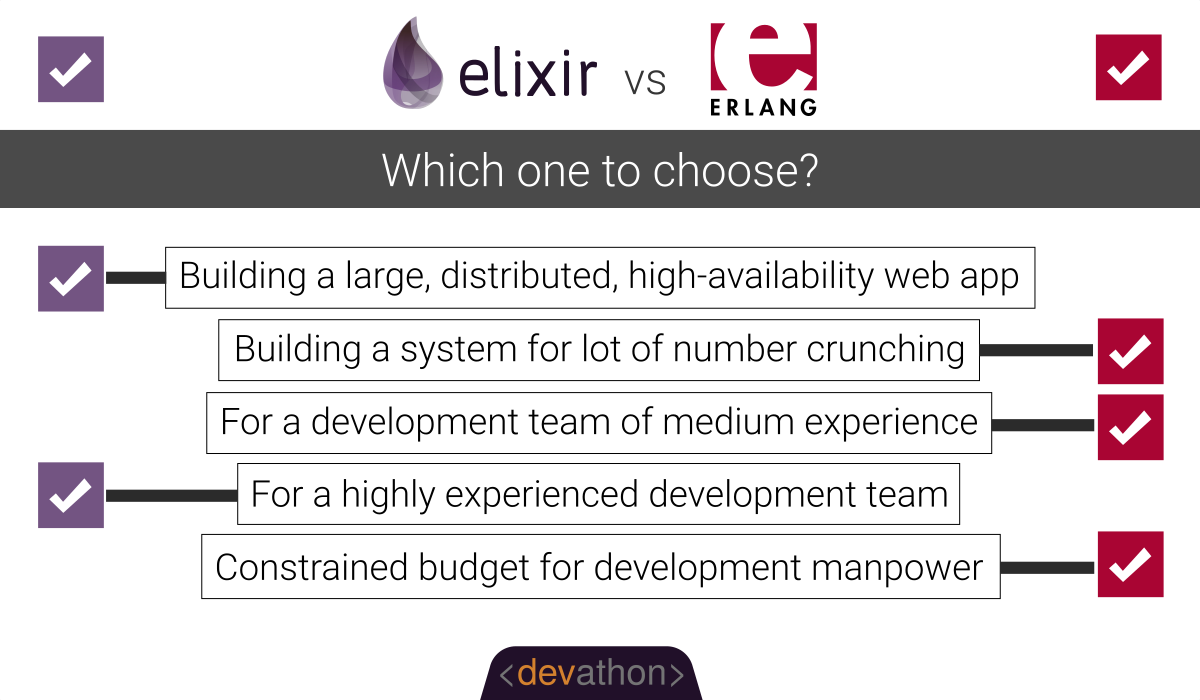 Now that you know the similarities and differences between Erlang vs Elixir, let’s see when to use one over the other. The decision-making factors are as follows:

In this article, we have reviewed the pros and cons of both Elixir and Erlang. We talked about their similarities and differences. As you can see from this Elixir vs Erlang comparison, both have their strengths. Both languages have a few limitations too. Analyze your requirements carefully and use the decision-making criteria we have mentioned. This will help you to choose the right programming language for your project.