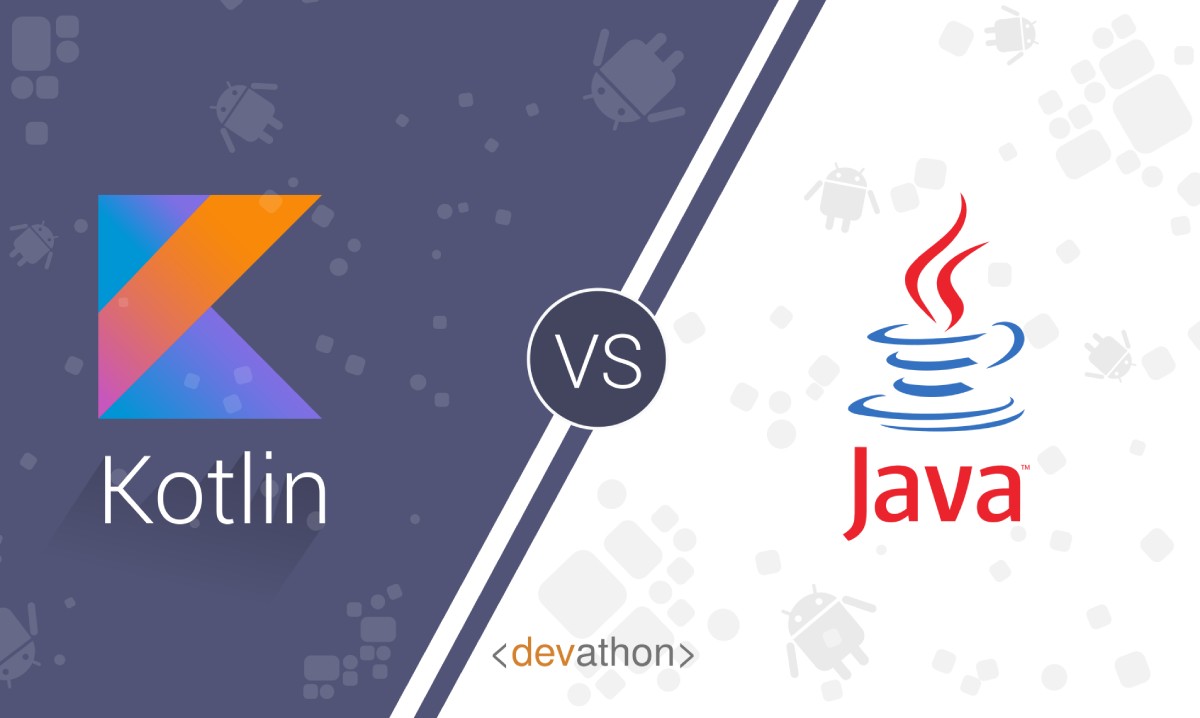 Kotlin has been eclipsing Java’s influence in the Android development space over the past few years. This is evident in the exodus of most developers’ preference from the good old Java, to the relatively younger and more elegant Kotlin. But is Kotlin really better than Java?, what makes it so unique to the point of commanding the interest of big players such as Google’s Android team? Why it’s necessary to compare Kotlin vs Java?

This article will explore the facts around these questions as it pursues their clear and relevant answers. We’ll begin with an overview on the key things in Android app development, an exploration on what sets Kotlin and Java apart, their similarities, and other equally important issues such as Kotlin’s community and support.

Building an Android app: An overview of the essentials 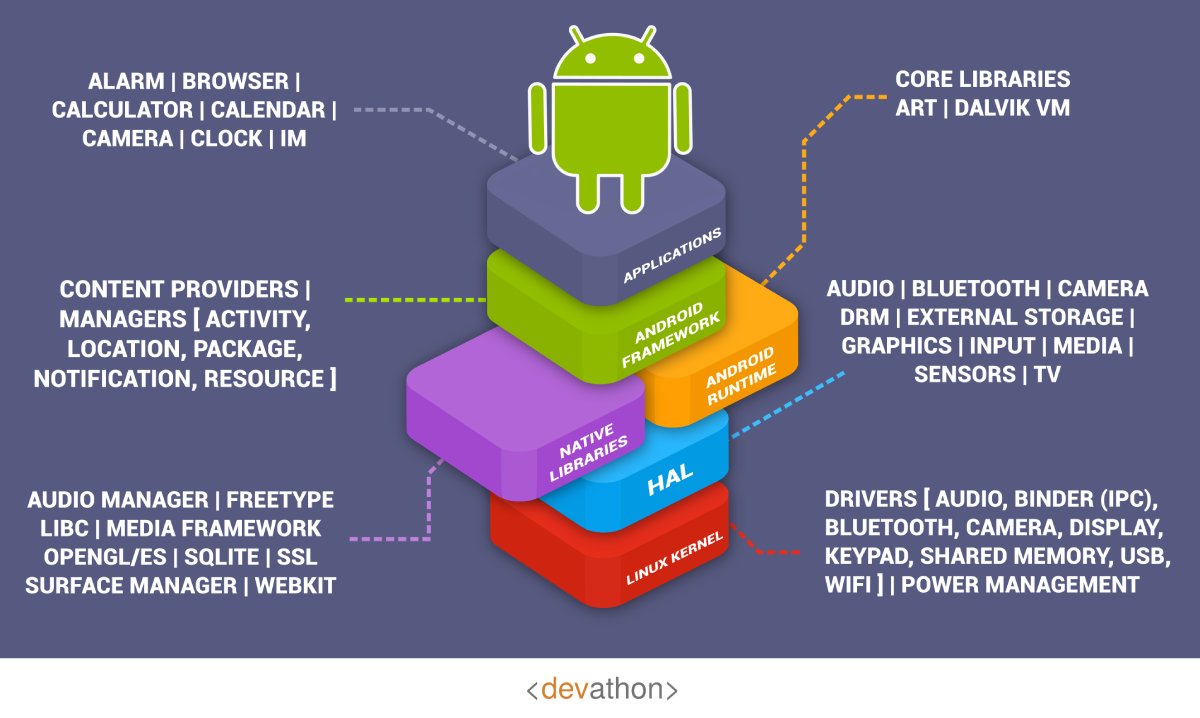 The diversity of programming languages associated with Android development represents how software development in this genre has evolved with time. These include Java, Kotlin, C/C++, C#, HTML, Javascript, and CSS. Kotlin and Java stand out as today’s most preferred languages due to their user-friendly nature, depth and higher level of practicability. Let us consider them in a little more detail.

In textbook terms, Java is a general-purpose programming language that is object oriented, class-based, and platform independent. It basically affords developers the flexibility of being able to write and compile code that can run on all Java platforms thus eliminating the need for rewriting and recompiling.

The code for Java applications is compiled to Bytecode; an object-oriented programming code which is compiled and run on a virtual machine (VM). The Bytecode can be executed on any Java Virtual Machine (JVM), which then translates it into the eligible machine language which the CPU can process. This is critical for Java’s platform interoperability, as the Bytecode functions as a platform independent language that can be interpreted and run on any Java Virtual Machine.

The Syntax of Java is quite similar to that of C and C++, only that it provides the depth of a lower level language. To date, Java is considered an official programming language for Android development.

Kotlin is fully interoperable with the Java programming language. In other words, you don’t need to throw that great Java library out the window, as it can easily be used with Kotlin. Kotlin code can be called and used on Java and vice versa. This implies that you can utilize a variety of Java libraries and frameworks in your Kotlin programs.  Kotlin’s Integrated Development Environment(IDE) incorporates facilities such as Android Studio, which have an integrated Kotlin-Java converter.

In general, Kotlin programs are about 30-40% shorter than their Java equivalents, thus making it more concise and readable. This is possible through peculiar features such as optional use if semicolons, concise expression of constants, and considerably less bulky boilerplates in general.

The Java Development Kit (JDK) refers to a set of tools used to develop Java applications and applets. Key components include the Java Interpreter, a compiler (javac), an archiver, and other tools. The Software Development Kit is used together with the Java Virtual Machine (JVM), and Java Runtime Environment (JRE), thus completing the trio of key packages used in Java programming. The JRE is often confused with JDK, especially by those who are new to these programs. In short, JRE is the component that runs Java applications and applets. On the other hand, JDK represents the complete package used to develop Java applications.

In Java’s context, an Application Programming Interface(API) refers to a set of prewritten packages, classes, and interfaces which execute a variety of key programming tasks in order to assist with minimizing the code work associated with developing the application. Java APIs can be classified into three main types namely: official, optional official, and Unofficial.

Official APIs come in as part of the Java Development Kit. Optional Official APIs can be downloaded, whereas Unofficial APIs are essentially third party APIS that can be found on a variety of source websites. Official API package examples include input/out,graphic, and Applets.

What remains the same irrespective of Java and Kotlin?

Though there are some marked differences between the two languages, three main things stay constant despite the language in question. Firstly, the Bytecode used by the two programming languages remains the same. Secondly, Kotlin runs the same compile-time and additional checks as Java. This allows both of them to run on the Java Virtual Machine seamlessly. Lastly, Kotlin based programs can be used with the same libraries and frameworks used in Java-based programming.

Why did Android decided to introduce Kotlin?

Kotlin has emerged from obscurity to being adopted by Google as an official language for Android development due to three main factors:

The language was primarily developed from a desire to simplify Java’s syntax without sacrificing the depth of Java code. Between 2011 and 2016, a number of versions were released, with a relatively small following. Version 1.1 came with greater depth by adding more functions, features, and support that made the language fit for complex applications. Google’s 2017 I/O conference saw Kotlin being recognized as the Android team’s first class language.

A look at Kotlin code sets it forth as a simplified version of Java. Kotlin generally gets rid of boilerplate syntax involved in variable declaration, classes and methods. Its code also comes out cleaner by eliminating the use of Semicolons. The general structure is also impressively simplified. For example, Kotlin data classes eliminate most of the verbose seen in Java classes such constructors, mutators and builders. 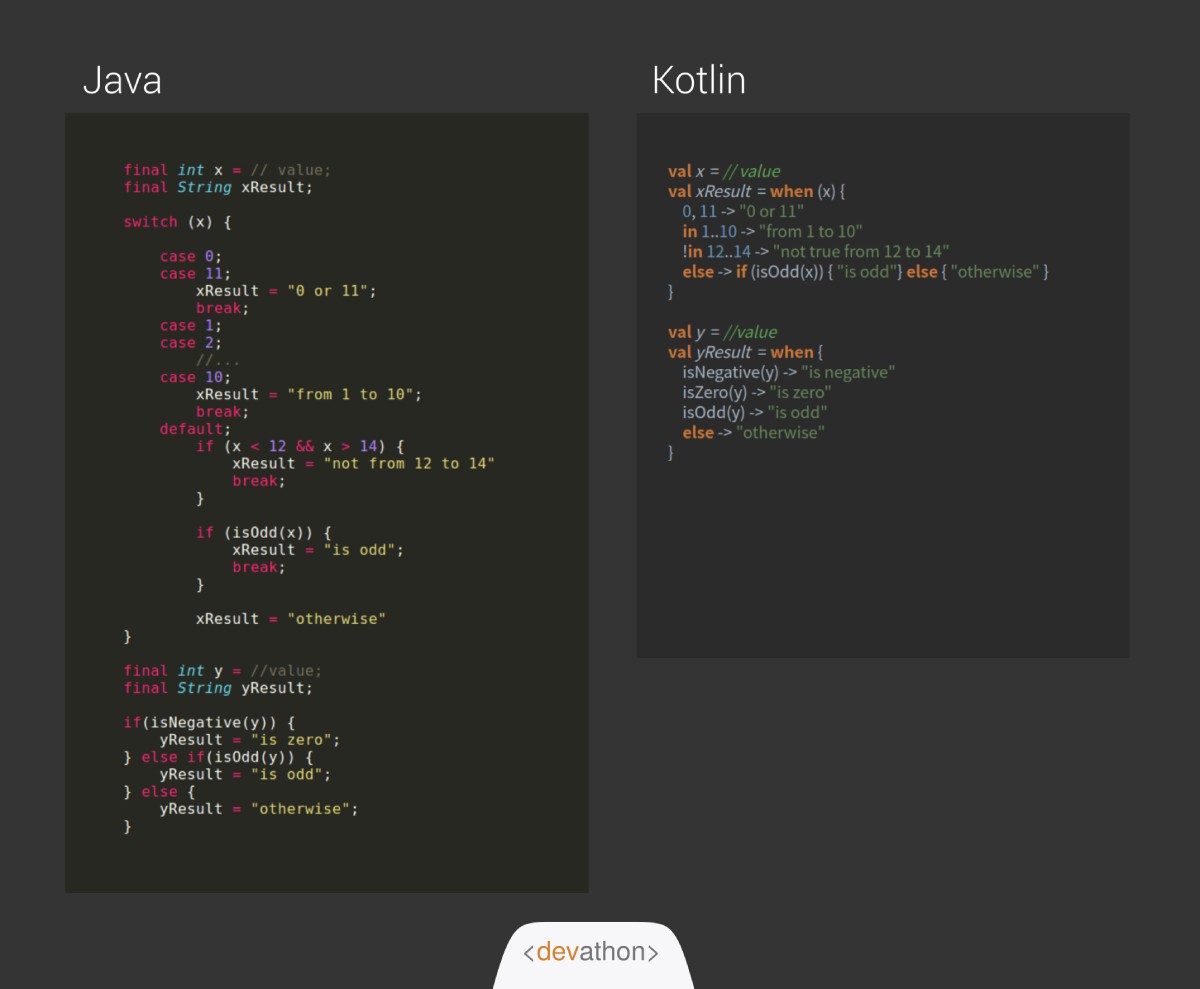 Kotlin classes can easily be declared in one line thus allowing the code to be significantly shorter and simpler to comprehend. Additionally Kotlin has an extra edge when it comes to security as nulls are illegal unless you use the? to set aside nullable types if they need to be used.

Kotlin has a bustling community and easy-to-access libraries and documentation online. Let’s take a walk through these aspects and see what it has to offer.

The official Kotlin language community website provides new developers a great place to start by furnishing a credible source of online Kotlin resources, and a platform where developers can share and support each other through talks and special events. The site has resources which are solely maintained by the Kotlin community, and these include the Kotlin.link; which offers a list of relevant links to a variety of Kotlin libraries and projects, and Kotlin weekly;which offers relevant news and articles related to Kotlin. Other relevant online platforms for more resources and interaction include developers.android.com and the jetbrains.com community.

Developers can get started with Kotlin native libraries through the official website reference section, on the natives tab. The tutorials section also provides a dedicated section tackling how developers can go about using Kotlin as a dynamic library,  as well as publishing Kotlin libraries. Some of the popular libraries available include Glide, Dagger 2, Retrofit 2 and Realm database.

The basic Syntax section features a neatly designed module which allows users a start with Kotlin packages, functions, variables, and string templates. For idioms, users can access basics such as creating DTOs, default values for functional parameters, filters, and string interpolations. Lastly, users can also get on with how to use keywords in Kotlin getters, setters and methods.

Alternative ways of coming across Kotlin talent include outsourcing form reputable online platforms including Toptal and Upwork. Some startups have managed to recruit talented teams from these sites, which they manage using popular team management apps such as Trello, Slack and Asana.

Kotlin arguably provides the best option for both beginners and seasoned developers, chiefly because of the simplicity and an additional depth it brings on the table. Considering its growing acceptance and recognition by major players in the Android development space, future prospects suggest Kotlin probable take-over from Java. However, this is not necessarily the near future, as Java cannot be completely written off due to a range of features that Kotlin is yet to live up to.

Devathon has been a proud contributor of web and app development expertise to a wide range of startups and established companies alike. We are driven by a passion for being a huge part of transformational ideas bred by those, who like us, want to make the world a better place. We can do it for you too!!