A comparison between popular NoSQL databases: MongoDB vs Cassandra vs Redis vs Memcached vs DynamoDB 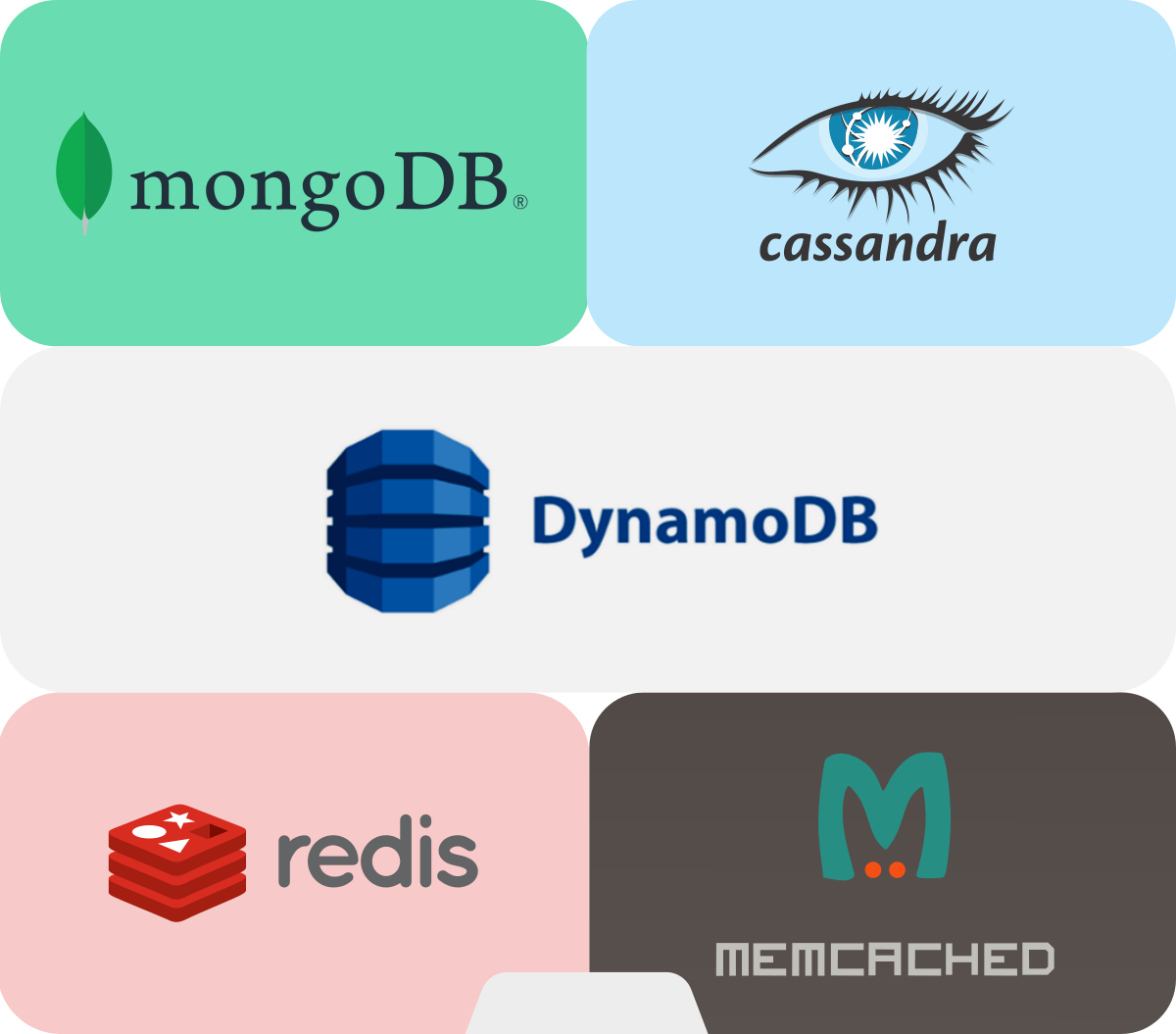 As an entrepreneur or an enterprise IT project manager, you likely think about databases to use in your application development projects. Many projects require NoSQL databases in addition to relational databases. Which NoSQL database should you use? Our MongoDB vs Cassandra vs Redis vs Memcached vs DynamoDB comparison can help you to decide.

We first provide overviews of all of these NoSQL databases. After explaining their pros and cons, we compare them. We then recommend when to use which one. Read on.

An introduction to MongoDB 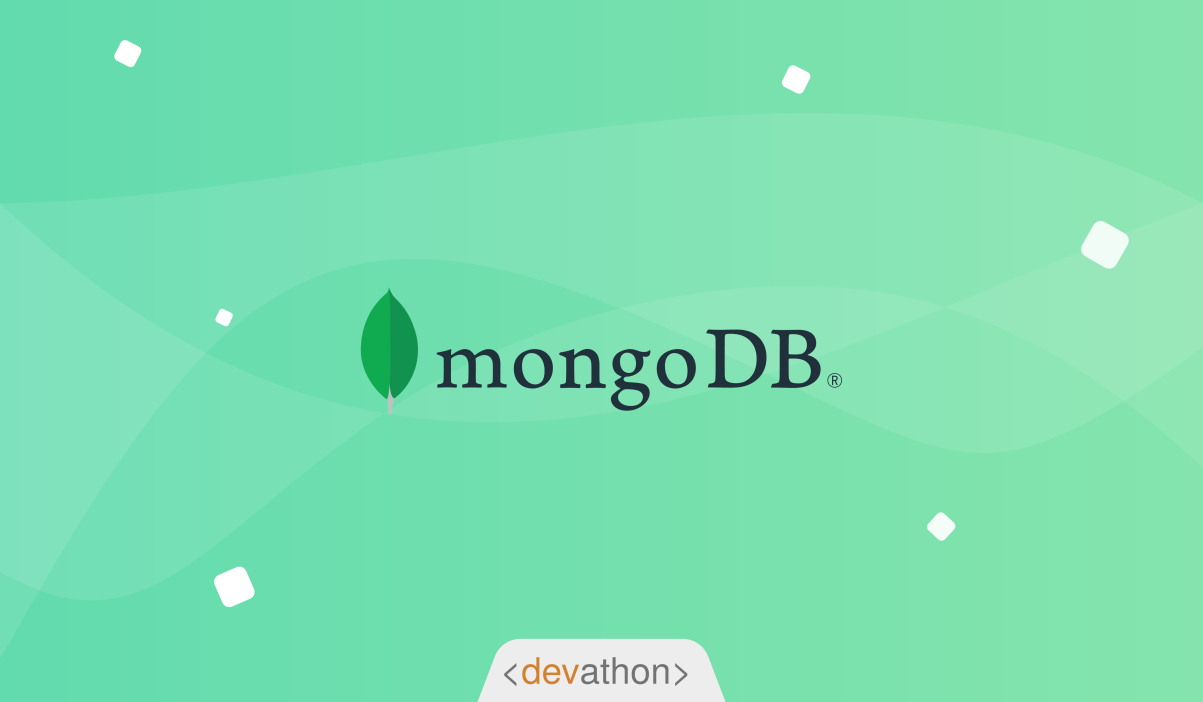 MongoDB is one of the most popular NoSQL databases. It’s a general-purpose database that’s document-based. As a document database, MongoDB stores data in JSON-like documents.

10gen, a software company started developing MongoDB in 2007. This company transitioned to an open-source development model in 2009, and it launched MongoDB in the same year. 10gen changed its name to MongoDB Inc. in 2013.

The creators of MongoDB developed it using C++. They used Go, JavaScript, and Python for several tasks too. MongoDB uses a “source-available” licensing model.

This database went through several iterations of development. Its latest stable release came in December 2020, and this release is 4.4.3.

The advantages of MongoDB

The disadvantages to using MongoDB

MongoDB has a few disadvantages, which are as follows:

What is MongoDB used for 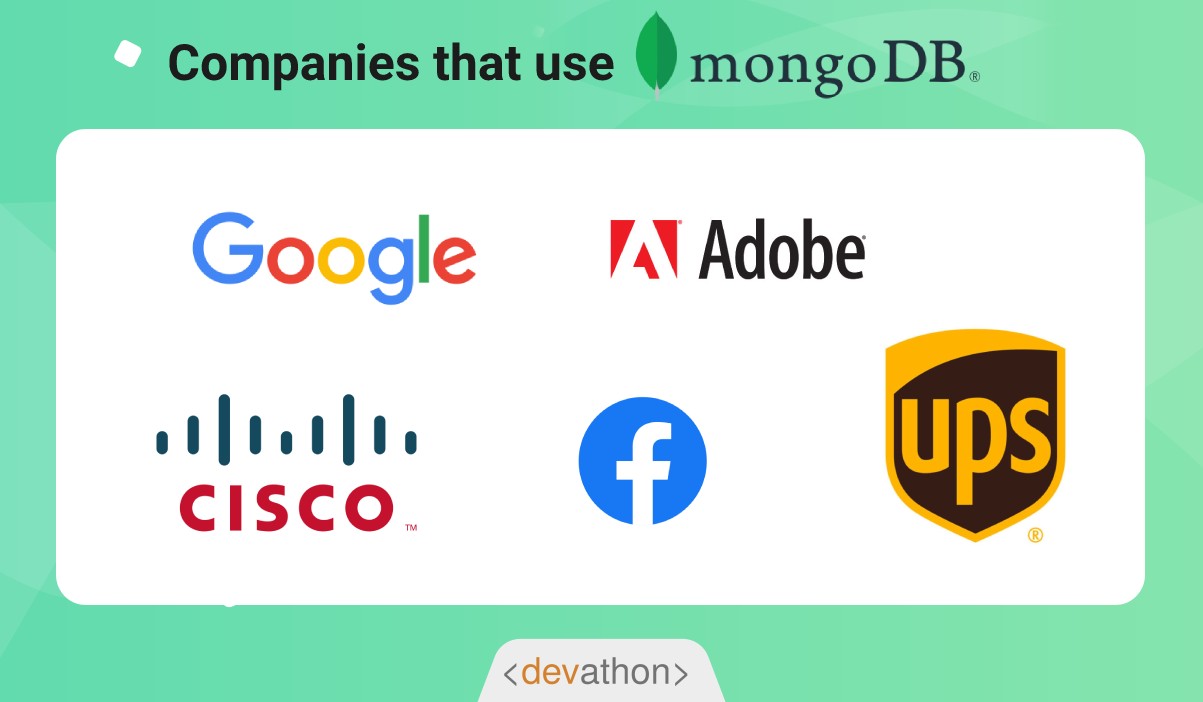 Examples of prominent companies using MongoDB are as follows:

An introduction to Cassandra 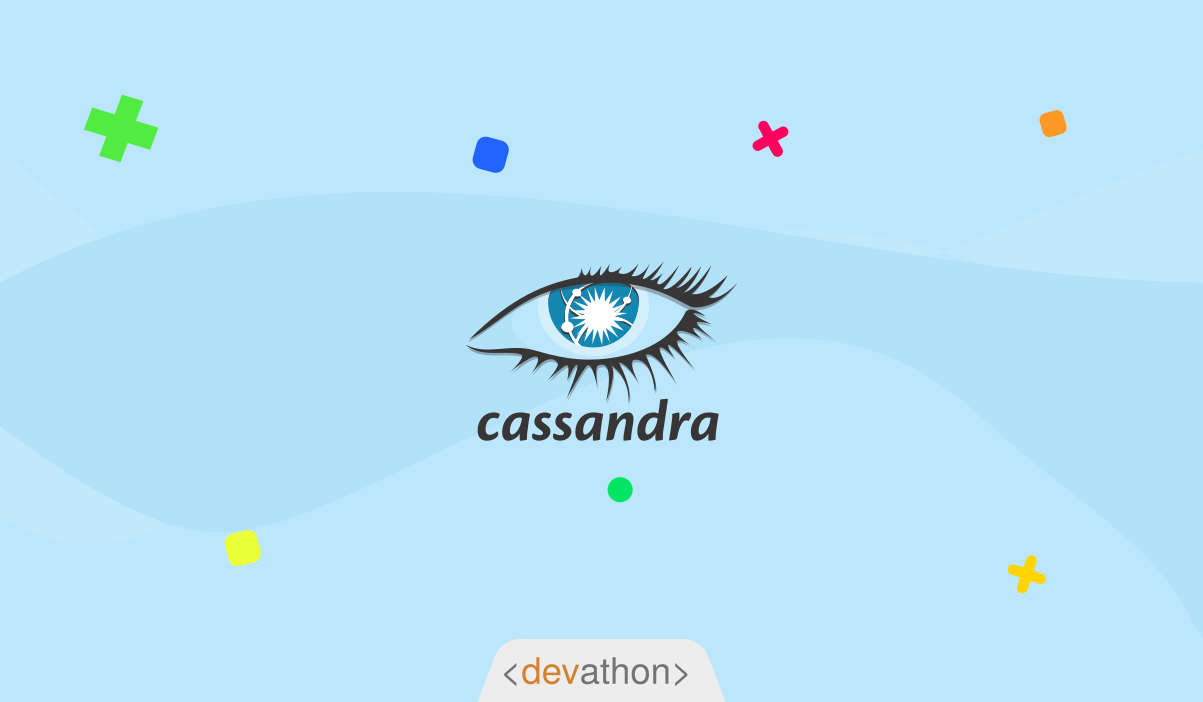 Apache Cassandra, or Cassandra as we commonly call it, is a popular open-source NoSQL database. This distributed database can handle a large volume of data. This scalable database offers high availability, and it doesn’t have a “Single Point of Failure” (SPoF).

Two developers at Facebook had created Cassandra. Avinash Lakshman was one of them, who was also one of the creators of the Dynamo storage system offered by Amazon. Prashant Malik was the other developer. They developed it using Java.

Facebook offered Cassandra as an open-source project in 2008. Several developers continued its development and enhancement. At the time of writing, the latest stable release of Cassandra is 3.11.9. This was released in November 2020.

Apache Software Foundation oversees the development and support of Cassandra. This open-source database is available under the Apache License 2.0.

The advantages of Cassandra

The disadvantages to using Cassandra

Cassandra has the following disadvantages:

What is Cassandra used for 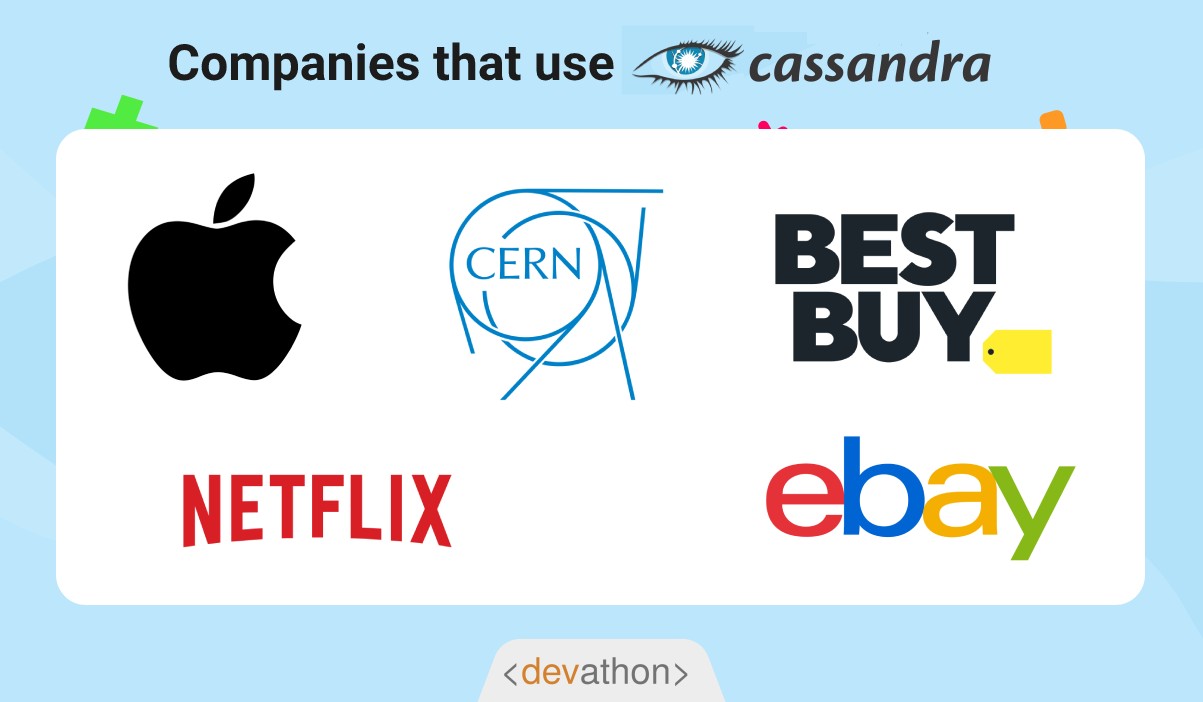 You can use Cassandra if you need to store and manage massive data across multiple servers. If you can’t afford to lose data, then Cassandra is a good choice. Organizations that need their databases up even if one server goes down should use Cassandra.

The following are examples of well-known organizations that use Cassandra:

An introduction to Redis 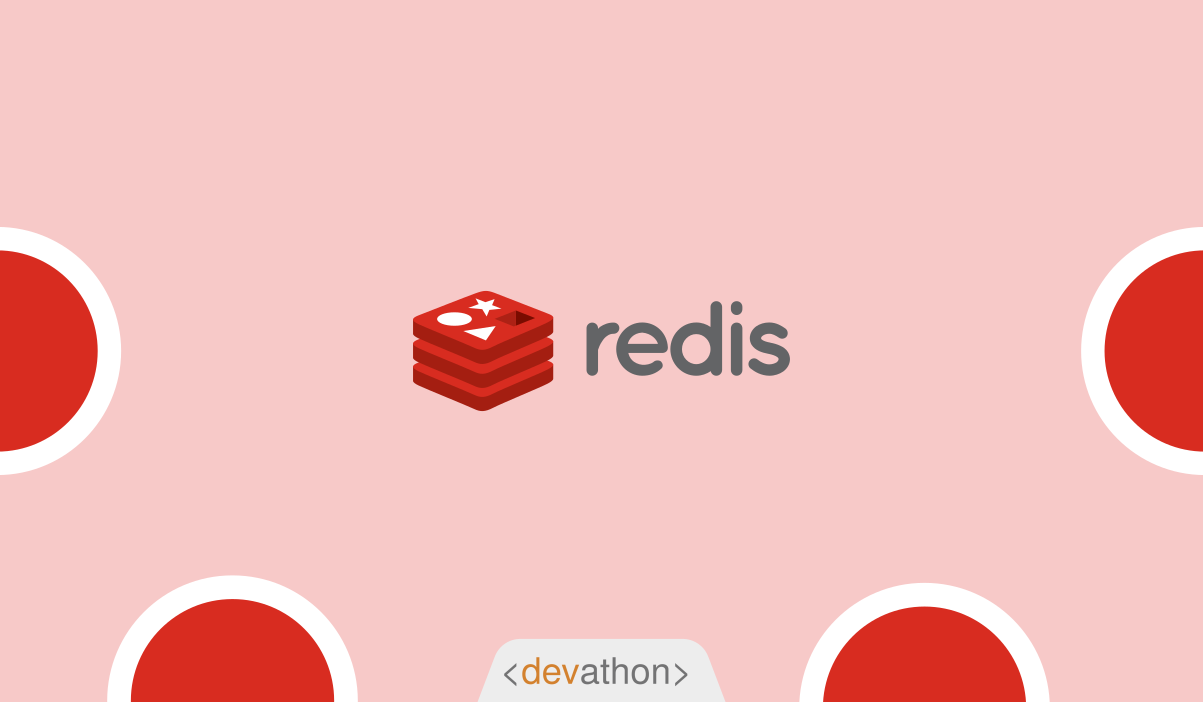 Redis, an open-source NoSQL database, enjoys considerable popularity. It’s an in-memory data structure store. You can use it as a cache, message broker, or database.

Redis supports various data structures. You can use it to store strings, hashes, lists, sets, sorted sets, bitmaps, geospatial indexes, etc. This distributed database can be used as an in-memory key-value database.

Salvator Sanfilippo started developing Redis using Tcl. He soon transitioned the project to C due to the obvious advantages of this programming language. Sanfilippo launched Redis as an open-source project in 2009.

Redis Labs has sponsored this project since 2015. After multiple rounds of developments, the latest stable release of Redis is 6.0.10. This release came in January 2021. Redis is available under a BSD 3-clause license.

The advantages of Redis

The disadvantages to using Redis

Redis has a few disadvantages, e.g.:

What is Redis used for 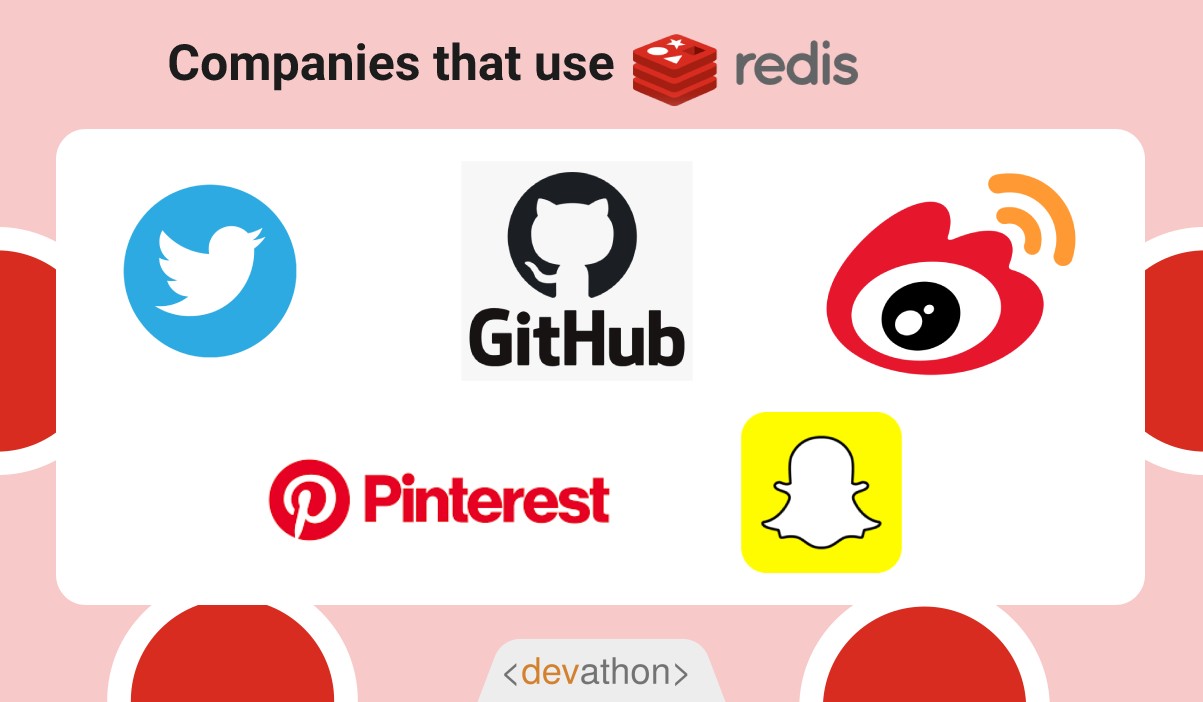 Are you planning to implement a robust session cache mechanism in your app? Redis works well in such use cases. You can use it for implementing full page cache (FPC) and queues, furthermore. Redis suits applications dealing with increments and decrements, furthermore, you can build social networking apps using it.

Examples of leading companies using Redis are as follows:

An introduction to Memcached 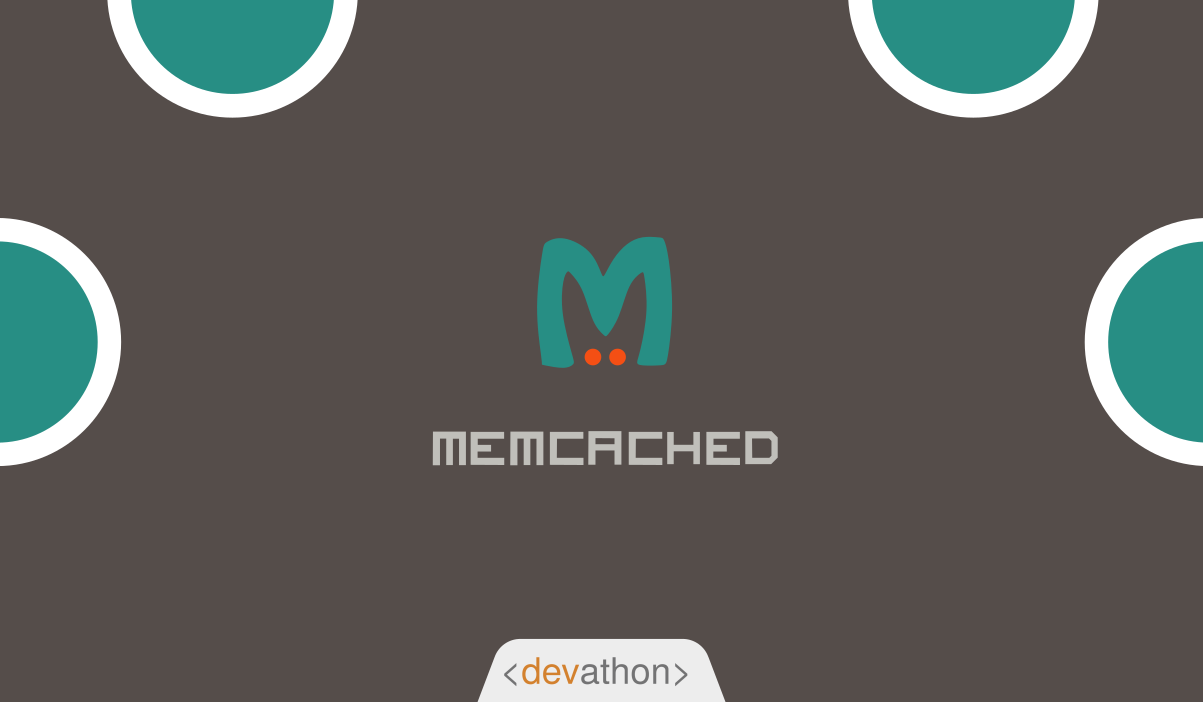 Memcached, a general-purpose memory caching system is a well-known NoSQL database. It’s free and open-source, and You can use this distributed database to make database-driven websites faster. Memcached achieves this by caching data and objects in RAM. This reduces the number of external database/API “Read” operations.

Memcached went through several rounds of developments and enhancements. At the time of writing, its latest stable release is 1.6.9. This release came in November 2020. Memcached is available under a revised BSD license. A vibrant developer community now supports Memcached.

The advantages of Memcached

Apart from being a free and open-source solution, Memcached offers the following advantages:

The disadvantages to using Memcached

Memcached has the following disadvantages:

What is Memcached used for 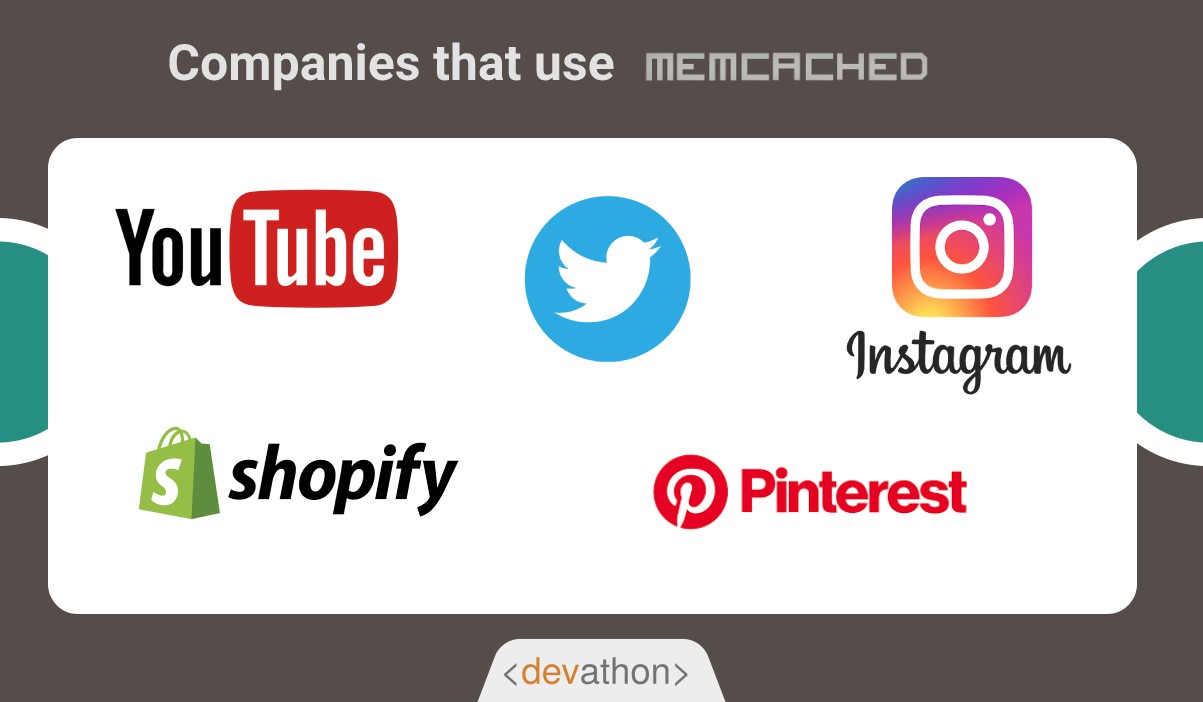 Are you developing a high-traffic website? Consider using Memcached to speed it up. You can use Memcached to cache comparatively small and static data. Memcached supports multi-threading, therefore, you can use it to create scalable apps.

The following are examples of well-known companies/apps that use Memcached:

An introduction to DynamoDB 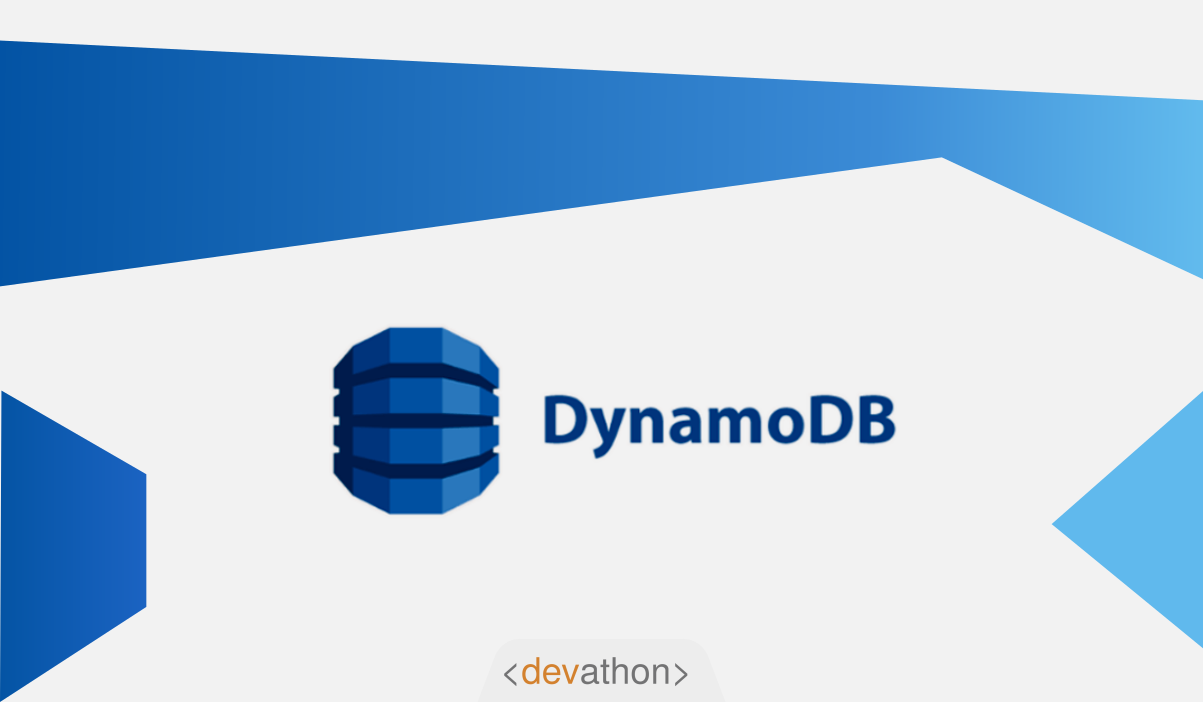 Unlike the free and open-source NoSQL databases that we talked about, Amazon DynamoDB is a licensed offering from Amazon. Amazon manages it fully and offers it as a part of the AWS portfolio. This NoSQL DBMS supports key-value and document data structures.

Note that you can’t deploy Amazon DynamoDB on-premises or on hybrid cloud. You can use it only on the AWS cloud platform. You don’t use DynamoDB APIs directly, rather, you embed an AWS SDK into your app.

A team of developers at Amazon had published a white paper in 2007, which later came to be known as the “Dynamo white paper”. This laid the groundwork. Amazon created the Dynamo database for internal use only.

Amazon DynamoDB is different though since it’s a “Database-as-a-Service” (DBaaS) for external customers. It addresses the availability, scalability, and durability needs that Amazon claims to address. The company launched it in 20212.

The advantages of DynamoDB

The disadvantages to using DynamoDB

Apart from the fact that DynamoDB isn’t open-source, it has the following disadvantages:

What is DynamoDB used for 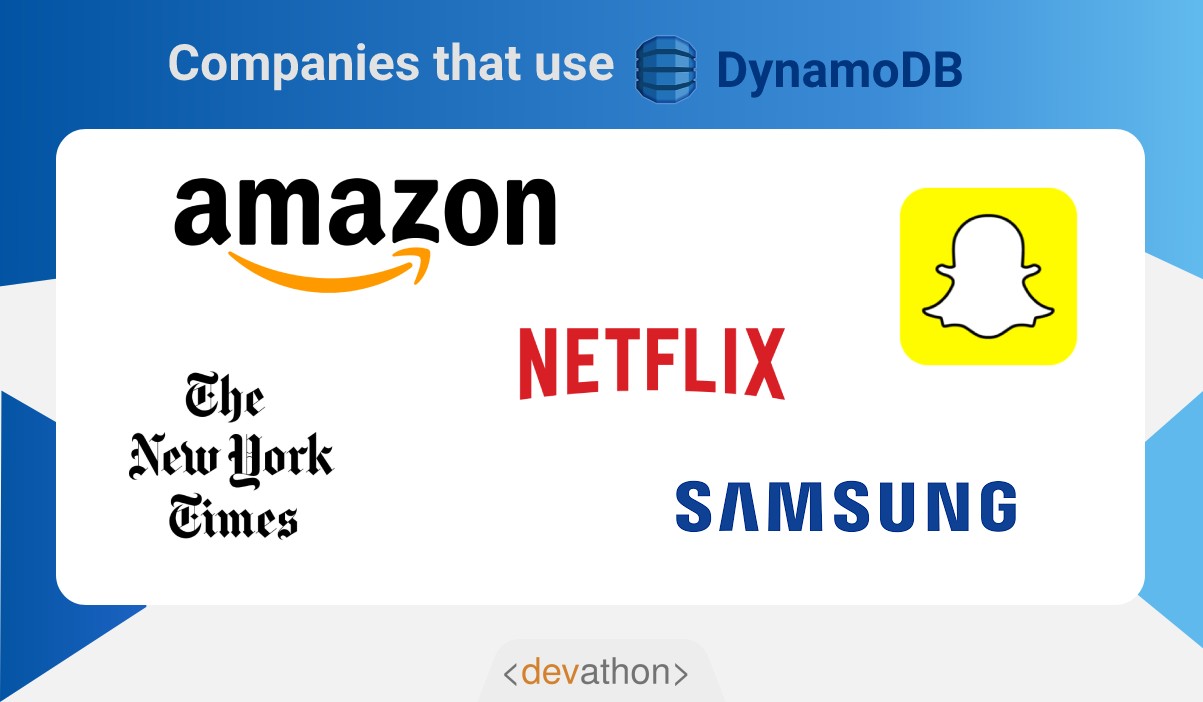 Are you already using the AWS cloud computing platform? If you need a NoSQL database, then DynamoDB stands as an obvious choice. Game developers significantly use DynamoDB. Many organizations working in the “Internet of Things” (IoT) space use DynamoDB.

The following are examples of well-known companies that use DynamoDB:

MongoDB vs Cassandra vs Redis vs Memcached vs DynamoDB: A comparison

We now compare these popular NoSQL DBMSs, and we start with a table summarizing the similarities and differences.

MongoDB vs Cassandra vs Redis vs Memcached vs DynamoDB: A comparison

We now compare these popular NoSQL DBMSs, and we start with a table summarizing the similarities and differences.

MongoDB: A popular document database that you can use on the cloud as well as deploy on-premises

Redis: In-memory data structure store that you can use as cache, database, and message broker

Memcached: In-memory key-value store, which was designed originally for caching

When was it launched first?

Does it support cloud and on-premise deployment?

DynamoDB: No, it supports cloud-based deployment only

The performance comparison works out as follows:

The comparison of scalability between the above-mentioned NoSQL DBMSs goes as follows:

MongoDB vs Cassandra vs Redis vs Memcached vs DynamoDB comparison concerning ease of use goes as follows:

Which unique features do these popular NoSQL DBMSs offer? This comparison plays out as follows: 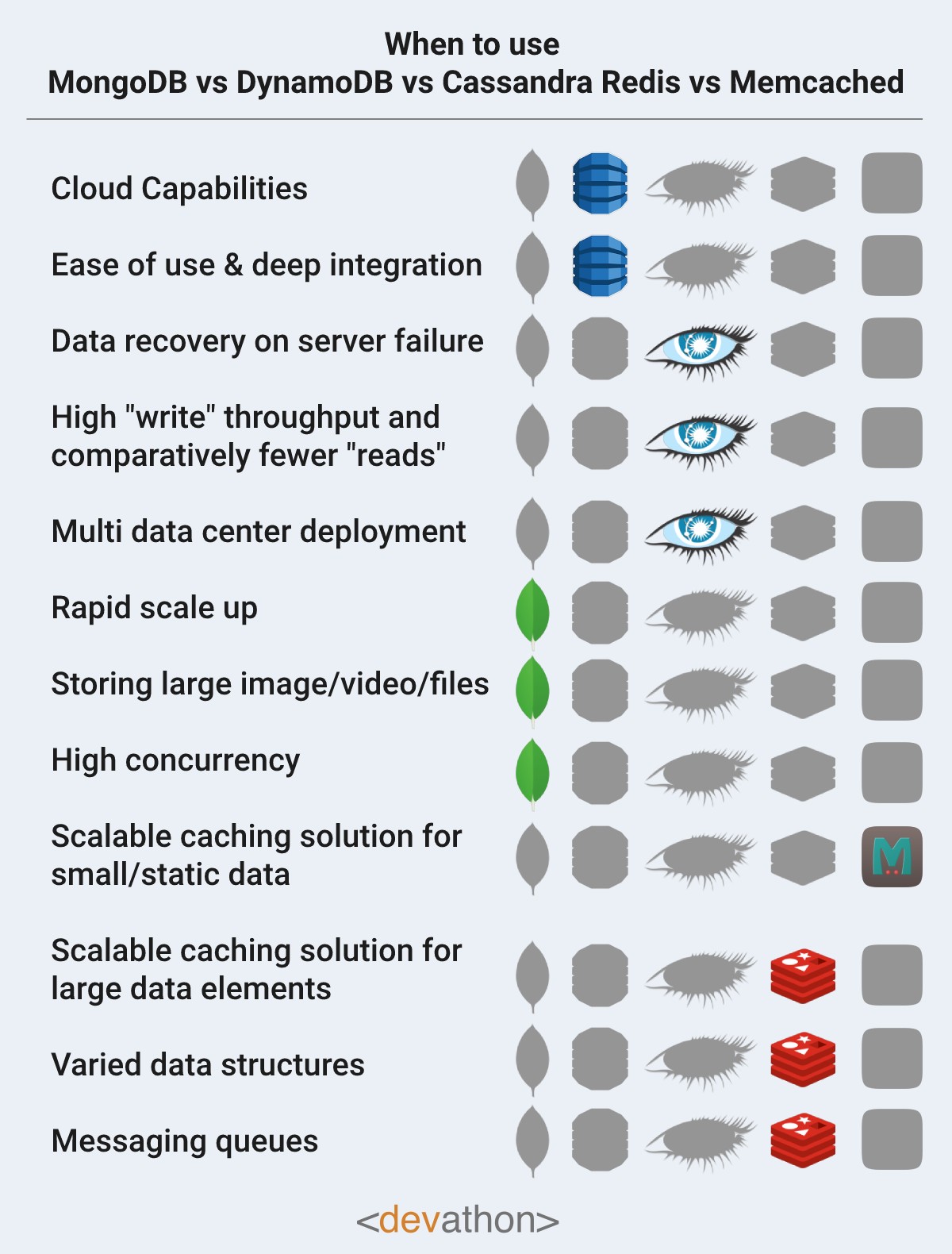 Consider the following decision-making factors to choose a NoSQL DBMS for your project:

We talked about some of the most popular NoSQL DBMSs. After discussing the pros and cons of MongoDB, Cassandra, Redis, Memcached, and DynamoDB, we compared them. Finally, we talked about when to use NoSQL DBMS. Analyze your project requirements carefully to choose the right DBMS.

Julia Vs Python: Which Programming Language is Better?