An introduction to CockroachDB

If you are an entrepreneur or an enterprise IT leader, then you need to plan the technology stack for your software development project. You need to choose the right database for your project. If you are developing a heavy-duty transaction processing system or a high-demand analytics system, you will likely use an RDBMS (Relational Database Management System). You can choose one from several popular RDBMSs. 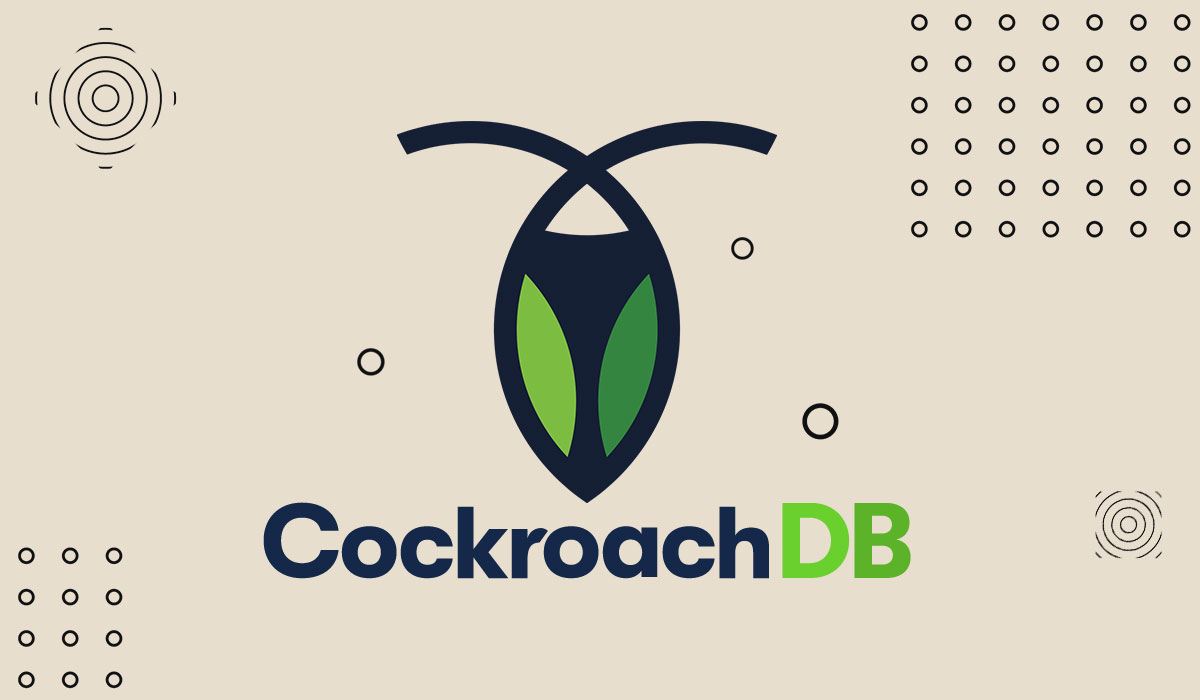 However, do you want an assurance that your data in an RDBMS will survive even large-scale failures in application systems and servers? This narrows the choice. This is where CockroachDB becomes important. This relatively new RDBMS offers a high degree of survivability to your data. In this article, we review CockroachDB and its features. We assess its pros and cons. Subsequently, we review its use cases. Finally, we compare CockroachDB with some of the popular databases. Read on.

The background: Why CockroachDB?

Let’s assume that you want to build an important OLTP (Online Transaction Processing) or analytics system. We also assume that this system will have high visibility.

You can’t afford to lose data even if there’s a failure in a database server. Furthermore, you need data integrity. When talking about popular RDBMS solutions, you will probably first think of MySQL, PostgreSQL, etc.

However, they enjoy more popularity due to their functional capabilities. E.g., PostgreSQL supports complex SQL queries very well. Developers and data modelers know that it’s one of the most advanced RDBMS solutions.

You want a differentiated RDBMS solution that offers survivability and data integrity as its main value proposition. The RDBMS will secure your data even if one server fails. It should have sufficient data redundancy.

Furthermore, you don’t want corrupted data in your RDBMS even if a database solution fails. You need a database that maintains data integrity. It should keep the data consistent.

You want an RDBMS solution that focuses on these value propositions over everything else. That brings us to review CockroachDB.

CockroachDB is a distributed SQL database. Its distributed design ensures data redundancy. CockroachDB keeps your data safe even if one database server fails. CockroachDB can survive failures of the disk, machine, rack, and data centers. This ability to survive is the reason why the developers of this database chose the name “CockroachDB”.

A brief history of CockroachDB

They got the inspiration to build CockroachDB after reviewing database products built by Google. These are as follows:

However, the developers also reviewed other popular databases like MySQL, PostgreSQL, Cassandra, and AWS SimpleDB. They wanted to build a database that will be composed of symmetric nodes. Their plan involved building a database without external dependencies. These developers wanted this database to spread itself naturally across availability zones. Survivability was a key requirement.

Cockroach Labs launched CockroachDB in 2015. The company had first offered it as open-source software. However, it made a change to this in 2019.

Cockroach Labs now offers CockroachDB under a BSL (Business Source License). This would allow users of CockroachDB to do most of the tasks using the open-source license model. If a company wants to offer a commercial version of CockroachDB, then it needs to buy a license.

A brief overview of CockroachDB architecture 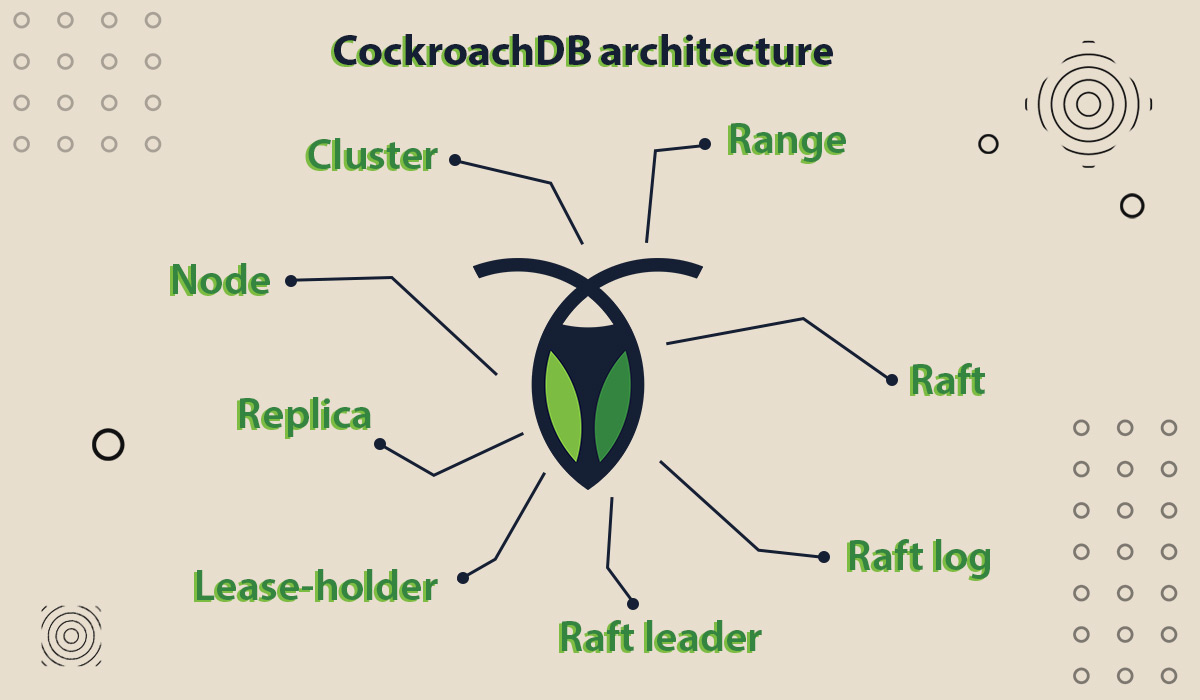 The developers of CockroachDB wanted to offer a database that’s strongly consistent, scalable, and survivable. Towards this, they used the following to design and implement a suitable architecture:

A brief note about the ACID guidelines

The ACID guidelines consist of the following:

The RDBMS solutions that conform strongly with the ACID guidelines ensure data integrity and survivability. CockroachDB strongly conforms to these guidelines. 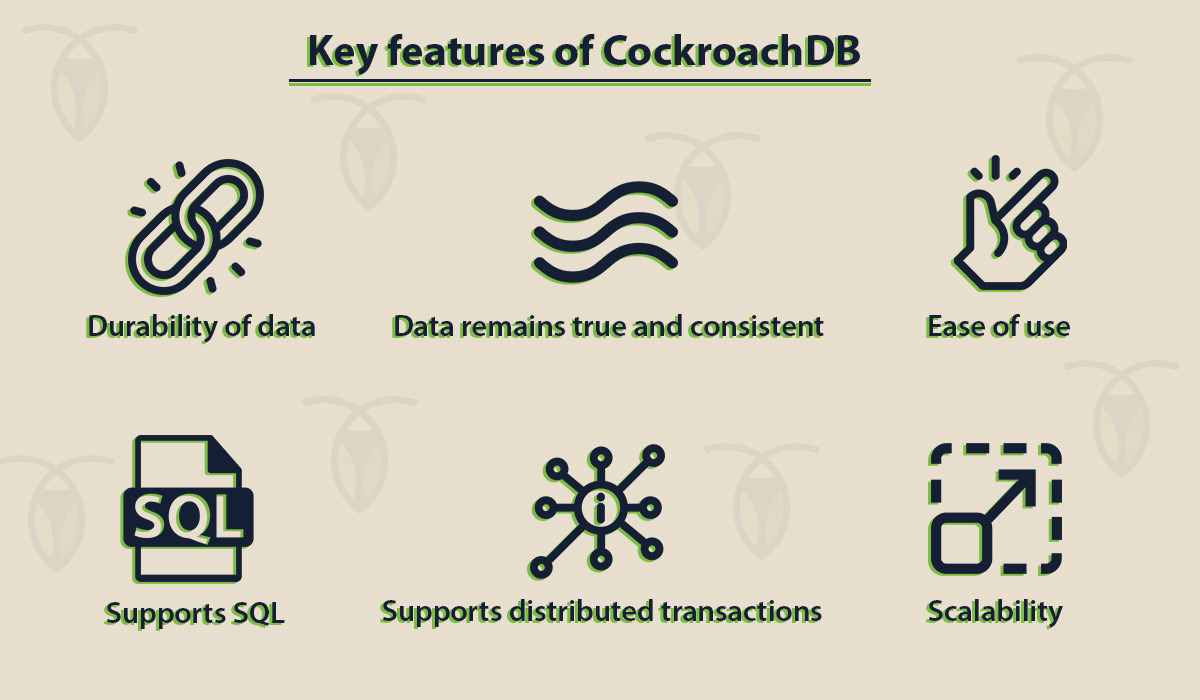 A brief note on CockroachDB performance

CockroachDB publishes its performance metrics. This database can process 1.68M tpmC with 140,000 warehouses, which results in an efficiency score of 95%.

Pros and cons of CockroachDB

We now evaluate the pros and cons of CockroachDB.

An overview of CockroachDB limitations

CockroachDB has a few limitations. These are as follows:

A summary of CockroachDB use cases

When should you use CockroachDB? CockroachDB is useful in the following use cases: 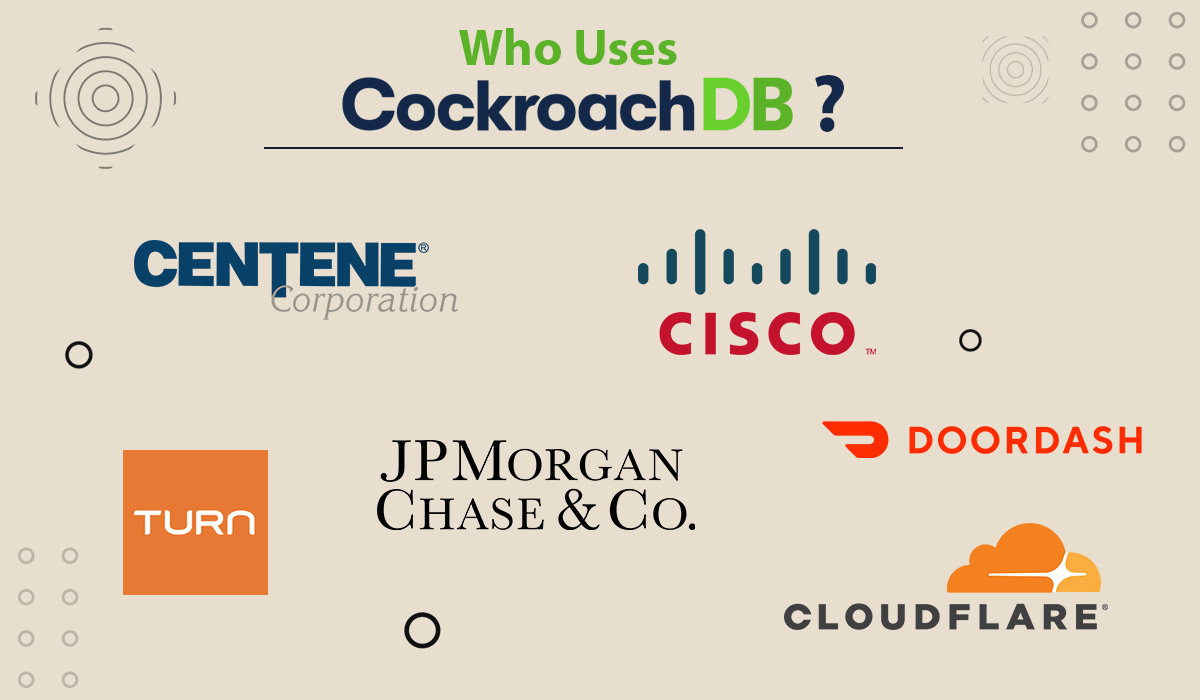 The following are examples of well-known companies that use CockroachDB:

The top open-source RDBMS alternatives to CockroachDB are the following:

The top paid RDBMS alternatives to CockroachDB are as follows:

NoSQL databases have a few key differences with RDBMSs. We will shortly talk about them. Within that constraint, the top open-source NoSQL alternatives to CockroachDB are as follows:

A comparison of CockroachDB vs popular SQL and NoSQL databases

A comparison of CockroachDB vs popular SQL and NoSQL databases

MongoDB: Read-only SQL queries via the MongoDB Connector for BI

Cassandra: Supports CQL (Cassandra Query Language), which is some similarities with SQL. 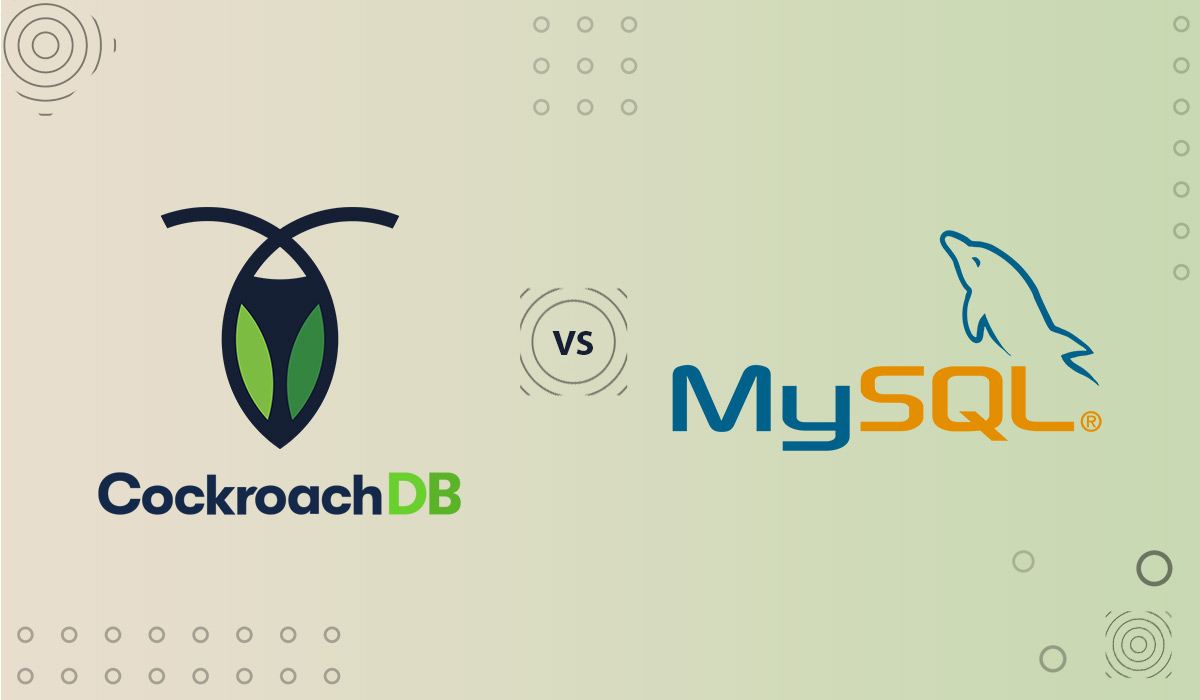 CockroachDB and MySQL have the following similarities:

The differences between CockroachDB and MySQL are as follows: 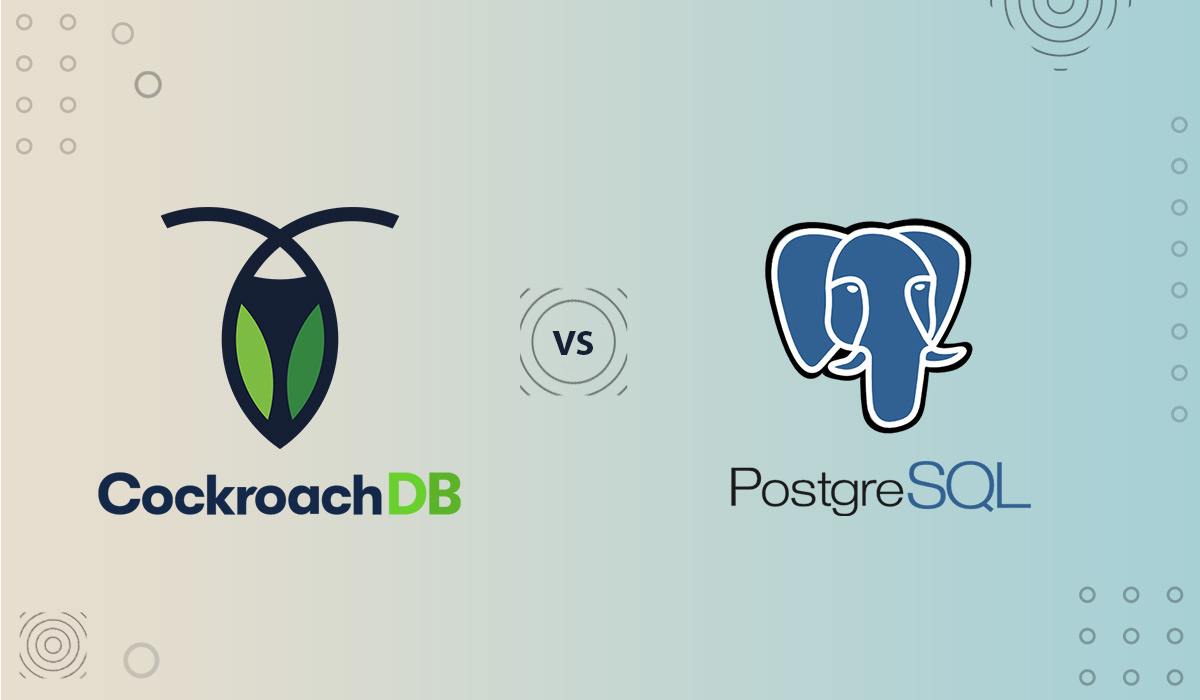 CockroachDB and PostgreSQL have the following similarities:

The CockroachDB vs PostgreSQL differences are as follows: 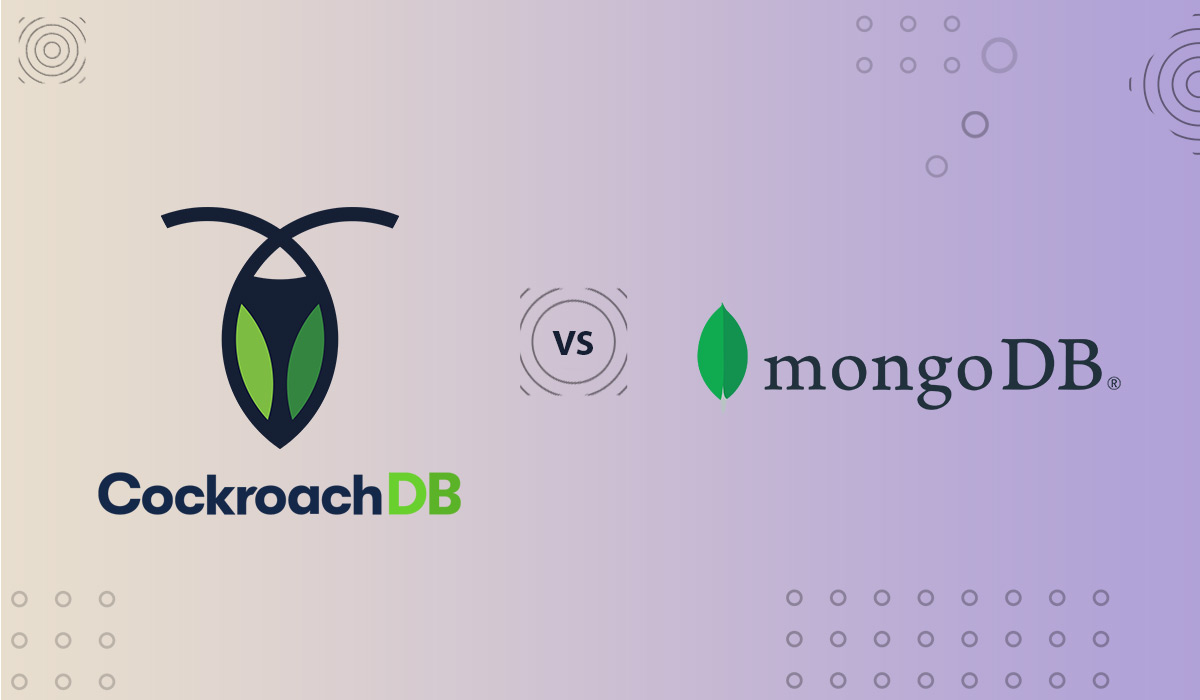 CockroachDB has a few similarities with MongoDB. These are as follows:

The differences between CockroachDB and MongoDB are as follows: 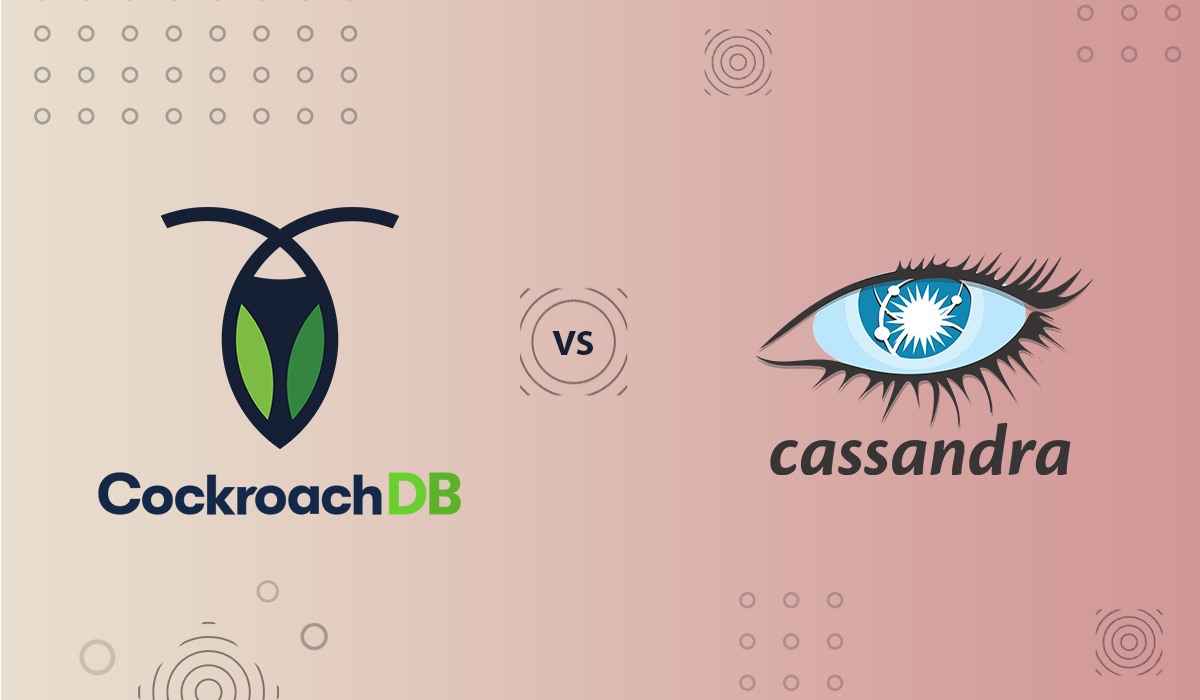 CockroachDB and Cassandra have the following similarities:

The differences between CockroachDB vs Cassandra are as follows:

We reviewed CockroachDB and how it works. We looked at its architecture, features, advantages, disadvantages, and use cases. Finally, we compared CockroachDB with some of the popular SQL and NoSQL databases. Analyze your project requirements carefully before you choose a database.

4 Silicon Valley Mantras Worth Tuning Out